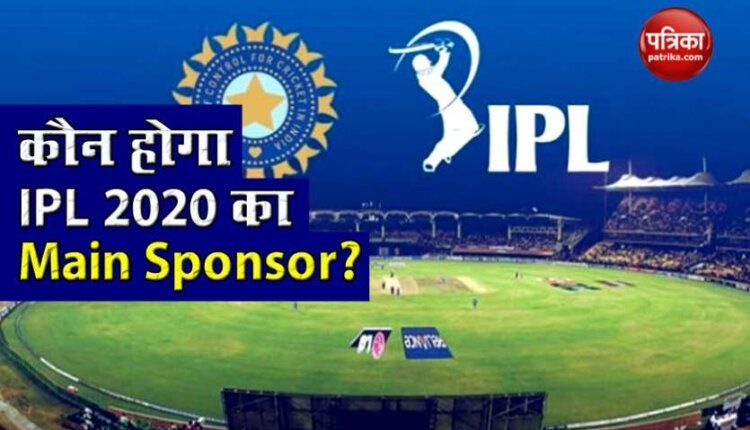 new Delhi. After the exit of the main sponsor Chinese company Vivo of the world’s largest cricket league IPL 2020 due to the India China Tension, two companies have started appearing. Coca Cola, one of the world’s largest beverages companies and education technology company Byjus Learning App, are appearing at the forefront of this race. Both have come in the race for the main sponsors. Although the fresh bid has not been removed by the BCCI so far, but a new decision can be taken soon. According to the information, bids of 300 to 400 crores can be revealed for the new sponsor.

BCCI is preparing to bring fresh bids
According to media reports, BCCI is planning to call the title sponsor fresh bid for IPL 2020. According to experts, the BCCI will soon bring out bids for sponsorship in front of companies. The world’s companies will have a chance to invest in the world’s largest cricket league. The BCCI has already announced that IPL 2020 will be held in the UAE this year. In such a situation, the Cricket Board has very little time left to look for a new title sponsor.

Also read: Whether or not Loan Moratorium will increase, decision in RBI MPC today

The names of these two companies surfaced
The names of two companies have surfaced in this case. The first name is of Coca Cola India. Another name is that of education technology company Byzus. Coca-Cola has a sponsorship experience in cricket even before. In 1998, the sponsorship in the Sharjah Cup was with Coca Cola. At the same time, Coca-Cola has been a sponsor in many tournaments. As per the statement from Coca Cola India in the media report, we want to continue investing in cricket. The company is waiting for more details before taking any decision. On the other hand, there has been no official statement from Bayjus. According to the information, 300 crore has been set aside by the company for sponsorship.

Vivo had a sponsorship of 440 crores
According to information received from media reports, BCCI source says that Vivo has excluded itself from IPL 2020. According to sponsorship agreement, Rs 440 crore was given from VV company. This decision has been taken by VV at a time when there is a campaign against Chinese companies and products in the country. Because after the martyrdom of 20 jawans during the violence in Galvan Valley, the relationship between India and China has become quite bitter.

Get great interest in these Schemes of Post Office, Learn Latest Interest Rates

LIC Kanyadan Policy: With the investment of 3600 rupees every month, you can add 27…

Changes are happening in these things from sweets to motor vehicles from today, it…

Bigg Boss 14: Radhe Maa getting such huge fees for Salman Khan’s show, will…

Manasi Singh Oct 1, 2020
The audience has been excited for Bigg Boss-14 ever since the news of Radhe Maa appearing as a contestant in…

‘Mastermind’ is an actor of Bollywood Drugs Connection,…