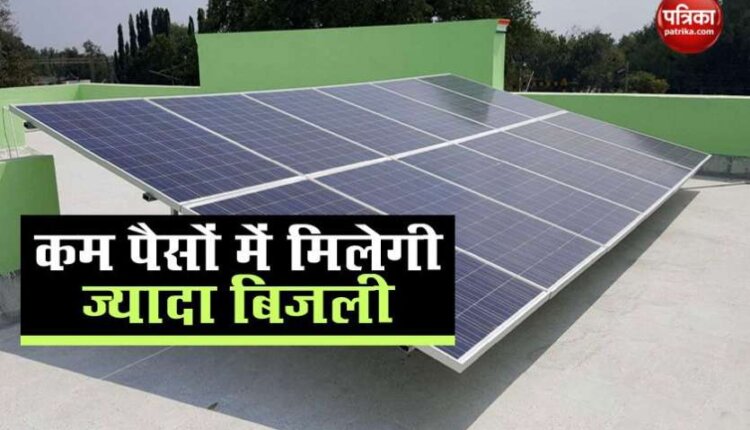 new Delhi. Solar energy is in demand nowadays. It is also a good means of earning. In today’s time, it is very important to have enough sources of energy to come under the category of developed nation. There is also a better source solar panel in the number of energy sources. In today’s time, the focus of the government is on solar energy. It can also be good to earn together.

Solar panels have several advantages. With the rising inflation, electricity is also becoming increasingly expensive, this is directly impacting the household budget of the people. However, reducing the electricity bill is not very difficult. For this, you have to install solar panels on your roof. If there is good sunlight on the roof of your house, then you can use the solar panel on the roof in two ways.

The Modi government at the Center wants to bring the production of green energy to 175 GW by 2022 in the country. Because of this, you can also get the benefit of the subsidy received by the Ministry of New and Renewable Energy for installing solar systems.

Know how you can save money in electricity

You can contact the Renewable Energy Development Authority of the state government to purchase solar panels.
– Offices have been established in major cities of the states.
– Solar panels are also available with private dealers in every city.
– The authority has to be approached first to take a loan.
– The form for subsidy will also be received from the authority office itself.

Solar panels are 25 years old. Solar panel does not cost metnance, but the battery has to be changed once every 10 years. It costs about 20 thousand rupees. This solar panel can be easily moved from one place to another.

Keep these things in mind