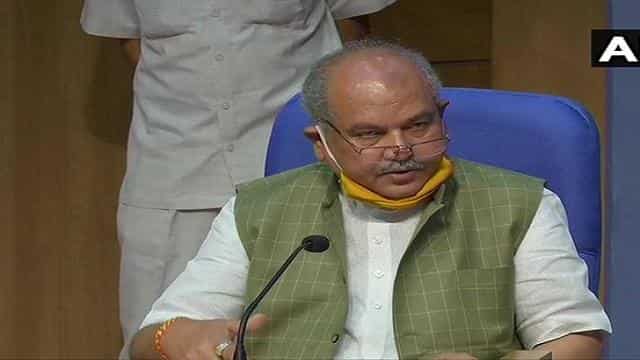 After gradually opening up the closed economy due to Corona lockdown, now the government is trying to get it back on track at the earliest. Under this, in the cabinet meeting held on Monday, where MSME has been redefined on one side and announced a loan of 10,000 rupees to the street vendors, then special care has also been taken of the farmers.

During the press briefings after the Union Cabinet meeting, Union Agriculture Minister Narendra Singh Tomar said that the minimum support price for 14 kharif crops has been increased by 50 to 83 percent to provide relief to the farmers. He said that despite the lockdown, there was a record purchase of Rabi crop.

Under PM Swanidhi scheme, street vendors will get loan of 10 thousand

Struggling due to Corona virus, the most affected street vendors of the country’s economy (street vendors) will now be given a loan of 10,000 rupees under the PM Self Fund Scheme. Union Minister Prakash Javadekar gave this information at a press conference held in New Delhi on Monday (June 1). Earlier, in the Central Cabinet meeting chaired by Prime Minister Narendra Modi on Monday (1 June), the ‘Self-reliant India Scheme’ was approved.

Giving information about the Union Cabinet meeting, Prakash Javadekar said, “Today there was a meeting of the Union Cabinet under the chairmanship of the Prime Minister, this was the first cabinet meeting after completion of one year of the second term, in which many historic decisions were taken, which led to There will be a transformative impact on farmers, MSMEs (micro, small and medium scale industries) and street vendors. “

In fact, Prime Minister Narendra Modi started the ‘Self-reliant India campaign’ to fix the country’s economy deteriorated by the Corona crisis. Under this, an economic package of 20 lakh crore rupees was announced. Finance Minister Nirmala Sitharaman had said on May 14 that a provision of Rs 5000 crore has been made under the economic package to give loans to 50 lakh people who sell goods on street and street. Under this scheme, a maximum loan of 10 thousand rupees will be available per person.

Singer Shweta Pandit becomes emotional after the death of Wajid Khan, said- you always encouraged me