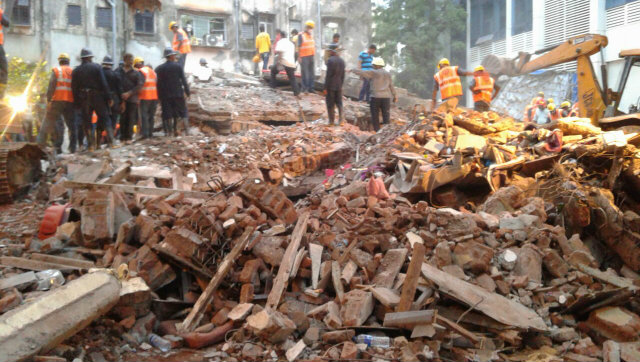 The fire brigade at the scene reported that 7 people have been injured and more are believed to be trapped.

The soaring property prises in Mumbai along with scarce land resources are often a reason why people are forced to stay in dangerous housing. Residential Property prices in Mumbai increase by 6% year on year making housing very expensive to lower income blue collared citizens.  An estimate 60% of the Mumbai residents are believed to stay in slum dwellings and shanty towns. Houses are also often build with low quality construction materials commonly believed to be the primary reason why the buildings aren’t  able to withstand the test of time and making it difficult for the residents.