Budget 2021: Railways may increase with the new announcement, the possibility of getting the highest allocation amount 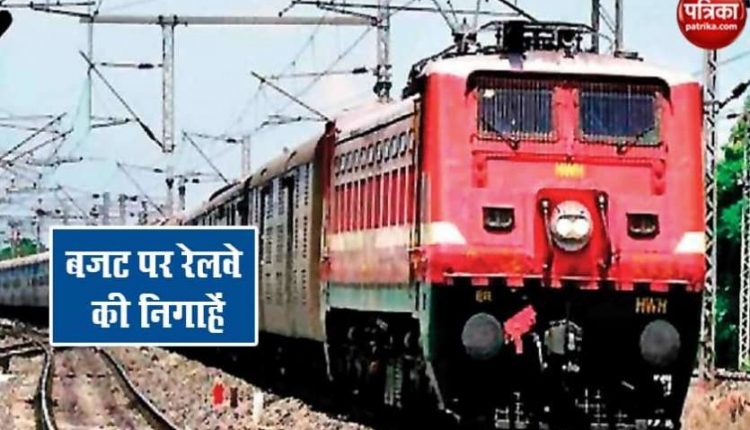 new Delhi. During the Corona period the railway introduced several changes in its system. Due to which many new records are also created. In such a situation, the government can make special provisions in the budget to expand the railway network. According to sources, the finance minister can announce the maximum allocation amount for railways, from running bullet trains to preparing high-speed railway infrastructure in the country. Since the proposed plan also mentions bullet train corridors for Varanasi-Patna, Amritsar-Jammu and Patna-Guwahati routes. The eyes of such railways are set on the budget to be presented in Parliament on 1 February.

It is to be known that in December last year, the Ministry of Railways had released the National Rail Plan 2024 for its strategy. In this, information was given about increasing the infrastructure capacity and model share of the railway. Under the plan, it was to be finalized by early 2021. In such a situation, it is expected that for the financial year 2021-22, the Railways can get more funds for development. This will increase the development of the country. Currently, there is only one bullet train corridor in India, which is between Mumbai and Ahmedabad. Right now, work is going on.

Can get so much money
In the current financial year, the capex of the Railways was fixed at Rs 161062 crore. More projects will be added in the future. If the proposals are accepted then there may be a big increase in spending. In such a situation, in the budget of 2021-22, the Railways can be allocated more funds for development.

Door Step Delivery: Line will not have to be installed for ration, food will reach the beneficiary’s house directly