Budget 2021: 5G will be the backbone for 5 trillion economy, big announcements possible for telecom sector in budget 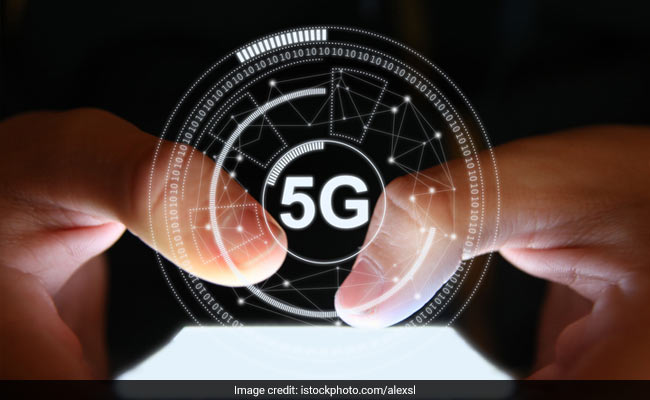 In the last decade, 5G can bring big changes in India’s telecom sector, which has seen big ups and downs. In this way government in the country 5G Technology Can announce new policy for infrastructure and investment, research and development on technology, design, which can become the backbone of the 5 trillion dollar (5 trillion dollar) economy in the country. Financial advisory company Deloitte India Budget report (Budget 2021 Expectation) has said that the leading telecom companies from all over the world should establish their own structure in India, for this, the government had brought the PLI scheme. But other incentives are needed to speed up employment and economic growth.

Internet of Things (IoT) is also an important part of the Smart India campaign. It is estimated that by 2025, $ 25 billion of equipment worldwide will be connected to the Internet of Things. Everything from TV, fridge, doors to the house will be controlled by IoT. 5G connected IoT devices will play a big role in smart city and smart manufacturing. Under the National Digital Communication Policy 2018, the government has already targeted to take digital communication to 8 percent of GDP. It also aims to ensure investment of $ 100 billion and broadband speed of 50 Mbps to every citizen. In such a situation, incentives and tax rebates can be announced under the digital policy.

5G spectrum price in India is 30-40% higher than other markets like South Korea, USA. In such a situation, the telecom companies already struggling with losses are pleading for help.

Promotion for Make in India

Deloitte has said on the expectations of the budget-linked telecom sector that under Make in India, companies can be given tax rebate, incentive package to invest in India’s 5G sector, to set up equipment manufacturing. With this increase in employment, the country’s MSME sector will also benefit.

Demand for change in tax-licensing

Apart from the incentive plan for the purchase or launching of 5G spectrum, some years of relief in tax or license fees have also been demanded. So that India is a competitive market compared to the world in 5G.

Spectrum charges should be reconsidered

In view of the burden of spectrum charges and other levies for telecom companies, there is also a demand for a one-time waiver of old debts. Move towards solving soon.

Incentives on Research and Development (R&D)

India has emerged as a major center of research and development (R&D) globally, with over 9 lakh professionals working in 1140 R&D centers.
The government can carry forward the tax cut scheme up to 200 per cent of the spending on R&D in the telecom sector. With this, India will emerge as a major center of science and engineering and will be able to compete with China.

To speed up the pace of 5G launching, the government may decide to reduce the custom duty on telecom devices from 20 percent to 10 percent. There is a demand for re-approval of input credit on telecom towers under GST (GST).

Mobile number will have to be linked to Aadhaar to get Corona vaccine, learn procedure