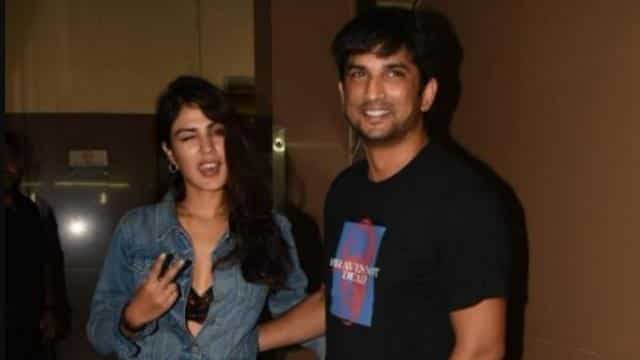 Since the suicide of Sushant Singh Rajput, there have been many revelations about him. Explain that Sushant and Riya Chakraborty were very close to each other. Both used to go on vacation together. Although both have always described each other as good friends. But now a big news is coming about both of them.

In fact, Mumbai-based broker Sunny has claimed that Sushant and Riya were looking at home to live together. Simultaneously, Sunny also told that both were about to get married.

Sunny told Aaj Tak that Riya is his old client. Sunny said, ‘Riya told me that she has to buy a new flat where she will live with Sushant. Both were about to get married ‘.

Riya said this on her relationship with Sushant

Let me tell you that a few days ago while talking with ETimes, Riya said on the news of her relationship with Sushant, ‘Neither I nor Sunshat Singh Rajput have ever accepted the relationship, so all these news are true Are not. Me and Sushant are good friends. I have known him for the last 8 years.

Riya said, ‘I love all my friends very much and I don’t even hide this thing. I am very open about my love for people, whether they are boys or girls. As far as Sushant is concerned, he is my best friend and a wonderful person. I don’t know about him, but for me he is the most cute and charming person. But I do not yet know what he thinks of me. ‘