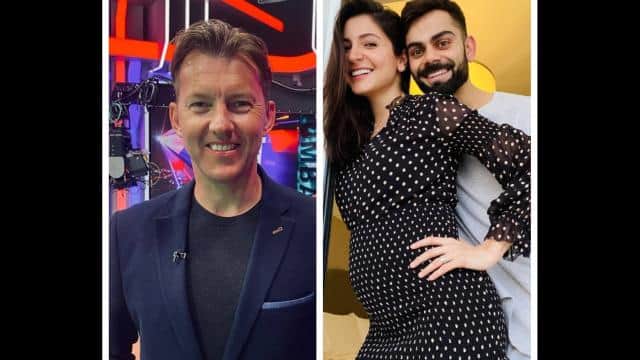 Australian cricketer Brett Lee has invited Anushka Sharma and Virat Kohli to give birth to Australia. Brettley said that the people of Australia are far ahead in accepting and would fully welcome Mr. Kohli. In an interview to Mid-day newspaper, Brett Lee said, “If Mr. Kohli wants his child in Australia, we are welcome because we will accept you.” Even if you have a daughter, it is very good and if you have a son, it will be good. Virat Kohli is currently in Australia and is leading the team in the first Test match being played in Adelaide against the Kangaroo team. He plans to return to India after this Test match which ends on December 21.

Anushka Sharma is going to give birth in January. In such a situation, Virat Kohli has decided to come to India on Paternity Leave only after the first Test match. At the same time, Anushka Sharma is spending pregnancy leave with her parents in Mumbai these days. On Thursday, he was seen out of the house with his father in Mumbai. Anushka Sharma has shared her pregnancy experience many times. Explaining this, he wrote on Instagram, ‘Nothing is more real and a good experience than the creation of life. If it is not under your control then what is it really? Commenting on his photo, Virat Kohli wrote, ‘My whole world is in this one frame’.

Recently Anushka Sharma shot the video for an advertisement. He also shared this video on Instagram. In this, Anushka Sharma says, ‘My mother used to say that you learn to love someone without any selfishness when you become a mother. Today this seems correct.