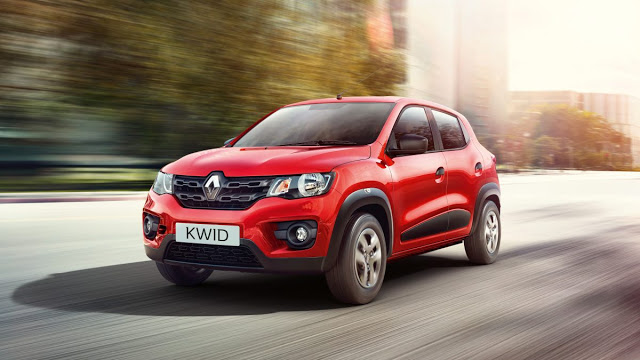 The booking for Renault’s cheapest car in the Indian market, Kwid began all over India from Monday. The prospective buyer can now book the car by paying the booking amount: Rs 11,000 to 25,000. Analogous to a small SUV, Kwid is expected to give tough competition on-road cars like Maruti Alto 800, Hyundai Eon and Tata Nano. The French automaker has priced the car between Rs 300,000 to 450,000 by producing 98 percent of its parts in India.

“There has been a lot of positive response from the market for the Kwid. We are officially opening the bookings of the car on September 14,” said the chief executive and managing director of Renault India, Sumit Sawhney. Made on CMF-A platform, Renault Kwid has been jointly helmed by Renault and Nissan. The 799cc car contains a three-cylinder engine and five-speed manual gearbox. With a weight of 660 kg, the engine is anticipated to deliver 54bhp and 72Nm. By delivering a projected mileage of 25.17kmpl, Renault Kwid is touted to be India’s most –efficient petrol car.

Kwid, which is projected to be in Indian markets by month end or mid of October, will be available in four models: RxT, RxL, Std and RxE. Other features installed in the car include 18cm (seven-inch) touch-screen with Media-Nav and a navigation bar. The impressive crossover design and C-shaped headlight structure makes it resemble like an SUV. However, the car lacks the most basic safety measures: airbags and mirror on the left wing. Airbag is an optional feature available only in the top-end variant of Renault Kwid. No other variant has airbag available. To aware the buyers about its upcoming car, Renault India has introduced an application called My KWID. It’s a virtual showroom where the executives of Renault will answer the queries of the customers through video conferencing.

Ola will deliver Ganesha Idols to your doorstep this Ganesh Chaturthi