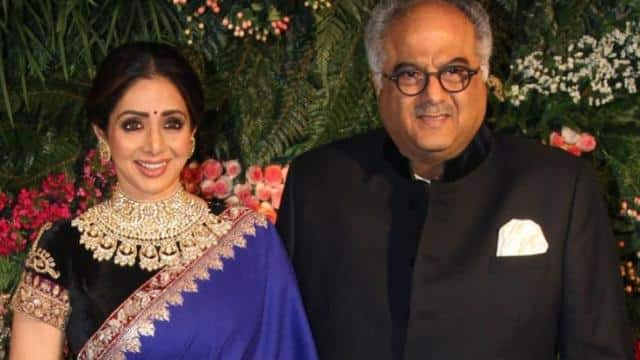 Filmmaker Boney Kapoor remembers his late wife Sridevi. Sridevi’s last film Mom has completed 3 years on 7 July. On this special occasion, Bonnie has shared an emotional note on social media. He wrote on his Twitter account, “How fast time passes. Mom’s release has been 3 years. National award winner Sridevi and all the stars and the team will always be remembered for their outstanding performance and hard work.

Apart from Sridevi, Akshaye Khanna, Nawazuddin Siddiqui, Sajal Elli and Adnan Siddiqui were seen in important roles in the film Mom. It was directed by Ravi Udayavar. Music was given to the film by music director AR Rahman. Sridevi’s work in Mom was very much liked.

Farah Khan did not charge fees for choreographing the title track of Sushant’s film ‘Dil Bechara’, know why

In ‘Mom’, Sridevi played the role of a teacher who takes revenge on those who raped her step-daughter. Sridevi was posthumously awarded the National Award for Best Actress in 2018 for this film. Boney along with daughters Jahnavi Kapoor and Khushi Kapoor accepted the award from Sridevi.

This was Sridevi’s last film as a lead actress. However, she last appeared in a small role in Anand L. Roy’s film Zero. It is known that Sridevi died on February 24, 2018. The film industry was deeply shocked by his departure.