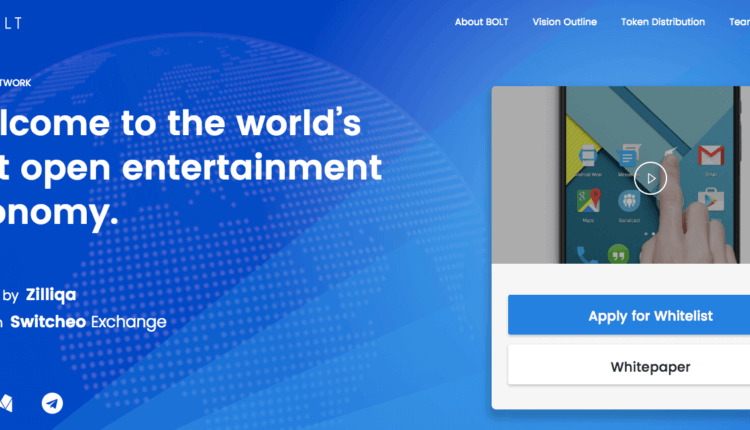 In a much-anticipated Notice, BOLT, mobile-focused video content platform centered on delivering live (e.g., Live TV, Live Sports) and Trendy video highlights (5min in duration per clip) to emerging markets that are constrained by bandwidth, announced that it is migrating from NEP-5 to ERC-20 token.

The notice provides an overview of the ICO process, which has extended the deadline of ICO by one more week. Bolt also stated that the user could update their wallet address to ETH address and contribute to ICO in terms of ETH. According to Bolt, this migration will bring a significant contribution which will be of benefit to all.

Bolt has also made another big announcement for Switcheo fan base. In the announcement, Bolt has claimed that it will be the first ERC-20 token that will be listed on Switcheo Exchange. More update around the new allocation and timing will be informed to its user in the coming days.

While the switcheo has not given any statement around the list of ERC-20 based Bolt token. According to CoinMarketCap, Switcheo(SWTH) daily market volume is around $115,632 with the price per token is around $0.007. Switcheo has also announced the integration of Fiat Market on their exchange in the late of 2018.

Final hearings about the fate of Indian cryptocurrency exchanges begins