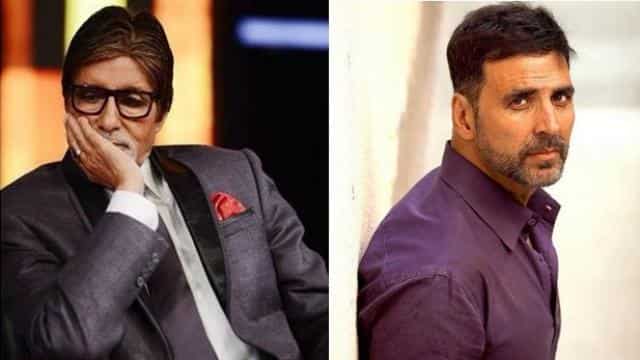 In a violent clash between India and Chinese troops on the Line of Actual Control (LAC) in the Galvan Valley in eastern Ladakh, 20 Indian soldiers have died. However, the exact number of damage to China has not been reported. It is said that China has also suffered losses. More than 40 soldiers have either been killed or wounded.

On the martyrdom of Indian soldiers, Bollywood celebs have paid their tribute to the martyred soldiers in the Galvan Valley through social media.

Big B wrote, ‘Just fill the eyes, remember the sacrifices of those who were martyred … They sacrificed their lives to protect our country, to keep us safe. Salute to the officers and soldiers of the Indian Army! Jai Hind’.

Akshay Kumar tweeted, ‘Deeply saddened by the death of our brave in the Galwan Valley. We will always be indebted to him for his invaluable service to the country. My heartfelt condolences to their families’.

Deeply saddened by the death of our bravehearts in #GalwanValley. We will forever be indebted to them for their invaluable service to the nation.
My heartfelt condolences to their families 🙏🏻 pic.twitter.com/tGOGTU61X6

Mahesh Bhatt wrote, ‘O people of my country, just fill water in your eyes, remember the sacrifices that have been martyred …’

O people of my country, fill the eyes with water, remember the sacrifices that have been martyred…. pic.twitter.com/2SkJFJRuZY