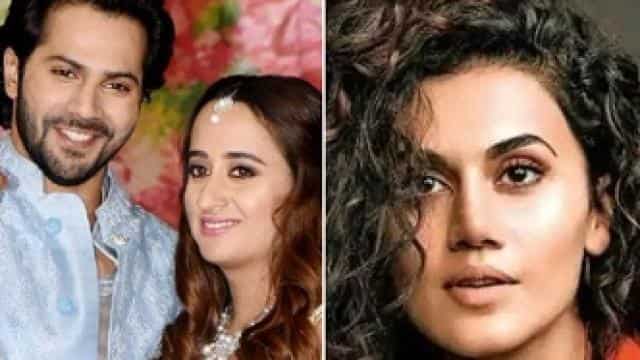 On the occasion of Mother’s Day on May 10, Abhishek Bachchan wished mother Jaya Bachchan. During this time, he shared a very old photo. And now Jaya Bachchan has shared a meme giving a reply, which is quite accurate.

‘Crime Patrol’ fame Shafiq Ansari breathed his last on May 10. Actually, the actor, who was suffering from cancer, had trouble breathing yesterday, after which he died. While giving the news, the Cine and TV Artist Association wrote that our condolences to the family of Shafiq Ansari. He was associated with us since June 2008.

An old video of Bollywood actress Deepika Padukone is going viral on social media. Actually, last year Deepika Padukone joined the Met Gala on this day. Wearing a dress, she was seen drinking wine in the hotel lobby before she was going to the red carpet. She survived the fall due to her legs getting tangled.

Shilpa Shetty and Raj Kundra are not letting themselves and the fans get bored in this lockdown. Shilpa, along with husband Raj, keeps making videos on Tick Talk daily. Fans also like videos of both. In most videos, both of them pull each other’s legs. Now in the recent video of both of them, you will see that Shilpa is standing behind Raj.

On Sunday, on Mother’s Day, everyone shared a photo with their mother. Everyone wrote a special message for their mother. Irfan Khan’s son Babil today shared a photo with his mother and has written a very cute caption for her. Babil has shared 2 photos. In a photo, he is seen with his mother. So in the second photo, there is mother and father Irrfan Khan with Babil. Sharing these photos, Babil wrote, ‘Rani Zindabad’.

Actor Taapsee Pannu has come into the limelight for her personal life. During a recent interview, he confirmed his relationship. Taapsee has revealed that she is dating badminton player Matthias Boi. And his family is also aware of this.

Varun Dhawan recently shared a photo with him on his girlfriend Natasha Dalal’s birthday. A user commented on this post of Varun, my brother and your birthday comes one day and my sister’s birthday comes with Natasha. You should keep in mind that your child’s birthday should come on my birthday, which is on 3rd March.

From Ajay Devgan’s daughter to Shah Rukh Khan’s son Aryan, these kids are popular even when away from Bollywood.

Many Bollywood stars have children who are far from Bollywood, but their popularity is not less than any star. However, some of them want to work in Bollywood and some have no interest in it.

Actress Shilpa Shetty welcomed a small guest to her house in early 2020. She became the mother of daughter Samisha Shetty Kundra from surrogacy at the age of 44 years. On social media too, Shilpa shared a photo of her, in which she was seen holding Shilpa’s finger. Now Shilpa has spoken openly about surrogacy. She has told that she had been planning Adoption for a long time and she also had many miscerage.

When this episode of CID showed a glimpse of a corona-like epidemic, know how ACP Pradyuman won the war with the virus

Do you know that there has already been an episode on the show CID about this virus. The episode was titled ‘The Secret of Dangerous Virus’ which came out in the year 2013. Actor Shivaji, playing the role of ACP Pradyuman, while talking to Mumbai Mirror, comparing that episode to the corona virus that has been wreaking havoc around the world recently, said, ‘Corona virus reminds me of that episode of CID in which we have dangerous Had told about the virus.