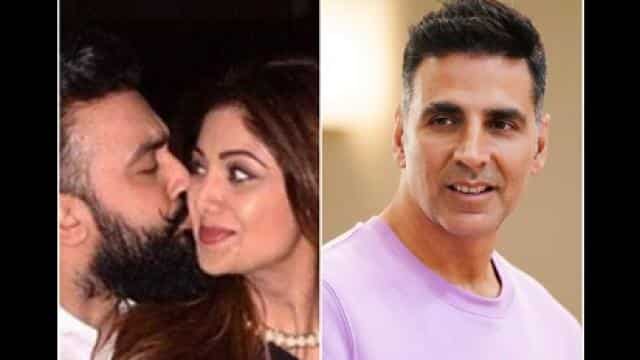 Mahabharata: ‘Draupadi’ did not talk more than ‘Dushasan’, know what was the reason

Mahabharata received a very good response from the audience. The show’s last episode came out on Wednesday. Rupa Ganguly played Draupadi in the show. Rupa was quite popular with the character of Draupadi. His work in the show was highly praised.

In the country’s war against Corona, Akshay Kumar is repeatedly helping the warriors fighting this great war. Akshay has now given him 1000 censor GOQii wrist bands to help Mumbai Police. According to reports, the symptoms of Kovid 19 can be detected through this band.

Hina Khan is very active on social media. Nowadays Ramadan is going on, so Hina is seen serving spicy things for the fans on her Instagram stories. Sharing some funny videos related to Sehri with him.

Nach Baliye 9 fame couple Nityami Shirke and Shantanu Maheshwari break up. Confirming this, Nityami has given a statement. He says that there was no problem in the relationship, but felt that it would be better to brake things now. The couple had been dating each other for a long time. Nityami also said that both of us are more right as friends.

Salman Khan’s actress Bhagyashree, will be back with Prabhas

Bollywood actress Bhagyashree was away from the big screen for a long time, but now she is returning to films again. According to media reports, Bhagyashree will be seen in a film with Prabhas. Bhagyashree has also started shooting her part for Prabhas’ upcoming film.

Theaters are currently closed due to the ongoing lockdown due to the Kovid-19 pandemic, so filmmaker Shujit Sarkar has decided to release his film ‘Gulabo Sitabho’ starring Amitabh Bachchan and Ayushman Khurana on digital. He says that he has had the experience of not releasing his film and he believes that it is better to release it as soon as the film is ready.

Akshay Kumar and Twinkle Khanna’s children stay away from the limelight. Even both actors rarely share photos of their children on social media. Now amidst the lockdown, Twinkle’s daughter has done her makeup, which will also make you smile on her face. While sharing her photo, Twinkle wrote, “Daughter has done my wonderful makeover.”

Kamwali bid – Raj kisses, see how Shilpa beat her husband in the video

Shilpa Shetty and Raj Kundra have a lot of fun with each other in lockdown. Both keep making many funny videos on Tick Talk. Now Shilpa has shared her new video. In this video, Shilpa is fixing her wardrobe, then why does Raj do them. Shilpa then says to Raj, Look, don’t kiss me while working.

Gold Price Today: slight changes in the prices of gold and silver, know the rate of May 13