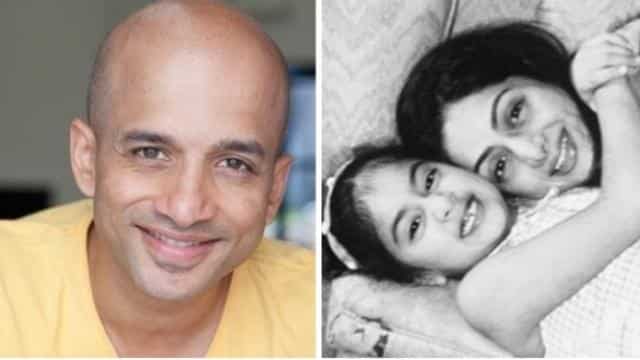 1- ‘PK’ actor Sai Gundewar died at the age of 42, suffering from brain cancer

Actor Sai Gundevar, who was identified with the film PK and Rock On, has died at the age of 42. He had been battling brain cancer for many years. Last year Sai went to Los Angeles for treatment. Let me tell you that Sai has worked with many big celebs. She has played lead roles in Aamir Khan’s film PK, Saif Ali Khan film Bazar and Farhan Akhtar-Arjun Rampal’s Rock On.

2- Talking on X-Sharad Malhotra, Divyanka Tripathi could not stop the tears, old video is going viral

Producer D Suresh Babu has given a statement regarding the marriage of sons Rana Daggubati and Mihika Bajaj. They say that this year the two will get married. During the lockdown, the family has started preparations for the wedding.

4- Jahnavi Kapoor remembered mother Sridevi, shared the video and said- If you cannot go out in lockdown then refresh old memories

Actress Jahnavi Kapoor is missing her mother Sridevi a lot. She often shares her old photos with him on social media. This time he shared a video with Sridevi. Have told the fans what they have learned and felt at home due to the lockdown. In the video, Jahnavi has added some old clips, including tales of time spent with the late mother Sridevi, Boney Kapoor, brother Arjun Kapoor and sister Khushi Kapoor. Also, Jahnavi can be seen in this video doing many fun things. Like cooking and dancing on the couch.

Bollywood veteran Rishi Kapoor died on 30 April. Rishi Kapoor had cancer. He was admitted to Mumbai’s HN Foundation Hospital during the lockdown. Rishi along with Ranbir Kapoor and Neetu Kapoor were also present at the hospital. Rishi Kapoor’s departure left Bollywood in mourning. On Tuesday afternoon, Chaithe Chintu ji of Bollywood was worshiped at his house for the peace of soul. Many Bollywood stars came to attend the ceremony of Rishi Kapoor’s Tehrivi.

Since the beginning of the year 2020, many bad news have been revealed. Especially this year is proving to be very bad for Bollywood. This year, after the demise of Veteran actors Rishi Kapoor and Irrfan Khan, there is another bad news for Bollywood. His assistant Amos Paul, who has been assisting Aamir for the last 25 years, has passed away. Amos had a heart attack on Tuesday morning. Aamir himself hospitalized her immediately but she did not survive. After the death of Amos Paul, Aamir also accompanied his wife Kiran to his funeral.

7- Shahid Kapoor washing dishes at home in lockdown, said- this is my department

Bollywood actor Shahid Kapoor has a Ask Me Anything session for the fans. During this, he answered many questions from fans. In the lockdown, Shahid is spending time with wife Meera Rajput and both children. In the session, he also answered questions related to private life.

Despite the lockdown, Suhana Khan, daughter of Bollywood superstars Shah Rukh Khan and Gauri Khan, has found a way to connect with her best friend actress Ananya Pandey. Ananya recently shared a glimpse of her association with Suhana on Instagram, in which Suhana has edited and added photos of Ananya’s photoshoot.

Actress Ada Khan says that the term ‘Just Friends’ is commonly used nowadays, people often use it even for someone they know.

10- Apart from Salman Khan-Jacqueline Fernandes and Madhuri Dixit, these stars are shooting at home in lockdown

Outdoor shooting has been completely closed in a lockdown imposed across the country to prevent the corona virus epidemic, but this does not stop filmmakers from producing their projects. In this era, shooting at home is a new trend. Projects can be of any format – short or feature film, series or a music video. Its most special thing is that all the works from pre-production to post production are being completed in one house.

Now PF will be cut by 10% instead of 12, the share of take home salary will increase