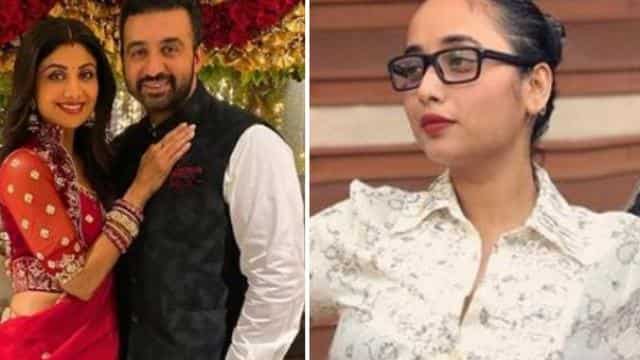 Padma Sharma, mother of Bollywood actor Murali Sharma, died on 7 June. She was 76 years old. He suffered a heart attack, due to which he breathed his last at his home in Mumbai. The sad thing is that Murali lost his father Vrajbhushan Sharma last year. He was 84 years old. Murali is married to Bollywood actress Shwini Kalsekar. He is often seen in police roles in films. He has worked in many superhit films, including Shah Rukh’s film Main Who Na, Salman Kan’s’ Dabangg ‘and South Industry superstar Prabhas’ film Saaho. Apart from this, he has worked with Ajay Devgan in the film Singham 2.

Bollywood actor Sonu Sood has pledged to take the migrant laborers trapped in the lockdown to their homes. He has been transporting laborers and others to his home for the past several days by bus, train and flight. He is also very active on Twitter and is helping him by taking his information from those seeking help. Meanwhile, some social media users are working to harass Sonu.

Not the song of Khesari Lal Yadav-Pawan Singh, but the Bhojpuri song of this new star created a stir, has got crores of views

Bhojpuri superstars Khesari Lal Yadav, Pawan Singh and Ritesh Pandey have tremendous fan following. Their songs become viral on social media. Fans love listening to them. Whatever song these three names are associated with, it is considered to be a hit. No one can compete in terms of getting the most views in songs. But now a new name has emerged in the Bhojpuri music industry. A song released recently has created a stir on social media without any big name. The song is titled ‘Bardas Naahi Hola’ and has been lent to Golu Gold.

Producer Ekta Kapoor celebrated her birthday with the family on 7 June. She visits the Siddhivinayak temple on this special occasion every year and sees God. However, despite the closure of the temple in lockdown, he did not break his tradition and went to the Siddhivinayak temple and saw God from outside. It is known that in many states, the doors of temples have been opened from June 8. But in view of the growing case of Corona in Mumbai, it has been decided to keep the temples closed.

The pair of actors Priyanka Chopra and Nick Jonas is famous in Bollywood to Hollywood industry. Any news related to them goes viral as soon as they arrive. As many fans are in Priyanka Chopra’s India, Nick Jonas is in Hollywood. In the year 2019, the two got married. And since then Nick Jonas has posted a photo with Priyanka Chopra on her phone wallpaper. This photo of Nick’s phone is creating panic on social media.

Kareena Kapoor Khan and Saif Ali Khan’s son Taimur Ali Khan are all fans of the cuteness. Taimur’s photos go viral as soon as they appear on social media. By the way, let us know that Taimur’s looks are his fans and his mother Kareena too. Kareena had even once said that Timur is the most beautiful child.

Kareena Kapoor Khan and Saif Ali Khan went to Marine Drive with their son Taimur on Sunday evening. During this time, Timur was sitting on father’s shoulder. When the trio were enjoying sunset on Marine Drive, a policeman told them not to bring the child out. After this Saif asks them, do not bring out?

Know why these 15 Bollywood actresses get married to fans? Somebody got divorced, someone’s life is like this

Actors-actresses in the Bollywood industry have always been famous to create their new identity, separate from the rules of society. Some people say this is proved true when it is seen that after falling in love there is no age limit. It is often said about the age of Indian society that the age of the boy should be more than the age of the girl for marriage, but now gradually this trend is also changing. Or rather, our Bollywood broke this trend long ago.

Bhojpuri actress Rani Chatterjee is known for her outstanding performance. She has given many superhit films in her 16-year career. Please tell that along with films, Rani Chatterjee is very active on social media. She shares many of her photos and visions. Now recently she has shared a photo of her, in which she is seen to be a slim fit. Fans are also praising him after seeing his transformation.

Today is Shilpa Shetty’s birthday. On Shilpa’s birthday, her husband Raj Kundra has written a special message. He has made a video of Shilpa’s photos and shared it. Sharing this video, Raj wrote, ‘My darling wife, with your love you changed my Imperfection into Perfection. Seeing your smile makes my day. You are not only the mother of my children but also the queen of my life and heart. I love you … Happy birthday, my life ‘.