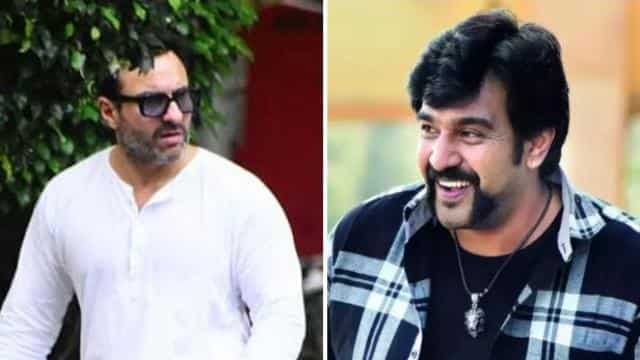 The young Saif is shocked to see Ali Khan without a mask. He is commenting and asking where is Saif’s mask? A user is writing that oh well everything is normal, there is no mask, there is not even a corona in India, someone tell them that everything has not happened as of now. Many people are also making fun of Kareena’s weight gain.

Kannada star Chiranjeevi Sarja (39) died in a private hospital in Bengaluru. He succumbed to his heart attack. The entire South Industry is in shock as soon as the news of his death is received. Chiranjeevi Sarja’s death has dealt a big blow to his fans and the South Industry. Everybody is paying tribute to him on social media.

Bollywood superstar Salman Khan has been living in a farmhouse in Panvel for the last two months. Shooting of films and serials is banned in lockdown. However, now the Maharashtra government has ordered the shooting to begin under the guidelines. Salman Khan was an actor who kept himself busy even in lockdown. He released three of his songs by shooting from the farmhouse itself. According to reports, he is now going to start shooting a short film in the farmhouse. It is being told that Salusha will also be seen alongside Salman in this film.

Five members of the family, including actress Mohina Kumari of the TV serial ‘Yeh Rishta Kya Kehlata Hai’, turned out to be Corona positive. Since then, all people have been admitted to the hospital in Rishikesh. In such a situation, Mohina Kumari has given a health update to the fans by posting a video on social media. In this half-hour video, Mohina is seen talking on health. She is also telling how she isolated herself when the family turned out to be Corona positive.

5- ‘Yeh Rishta Kya Kehlata Hai’ actor Mohsin Khan had decided to become an actor at the age of five, Salman Khan-Sunny Deol were the reasons

‘Yeh Rishta Kya Kehlata Hai’ fame Mohsin Khan a.k.a. Karthik has made his special place in the heart of the audience. Karthik-Naira pair is well liked in the serial. But did you know that Mohison Khan had decided at the age of five that he would become a big star. Salman Khan and Sunny Deol were also behind this. The series started when he went to watch the shooting of Salman-Sunny and Karishma Kapoor starrer ‘Jeet’ with his uncle at the age of five.

6- The film Aparajita Ayodhya is being made on Ram temple, Kangana Ranaut will direct

After Bollywood’s Kangana Ranaut film ‘Manikarnika: The Queen of Jhansi’, now the film ‘Aparajita Ayodhya’ is going to direct. The story of the film will relate to the Ram temple case. The script of this film has been written by KV Vijayendra Prasad, the writer of ‘Bahubali’.

7- Lockdown was not easy for Sargun Mehta, said- Due to mood swings, I started getting angry on small things.

For actress Sargun Mehta, the start of the lockdown was very disturbing, neither going out to meet someone, nor any shooting, they found it very difficult. Like many others, he faced fluctuations in his quarantine.

Bollywood actress Deepika Padukone recently shared a video of her on social media, in which she is seen having fun during the shoot. Actor Siddhant Chaturvedi could not stop himself from commenting on this post.

Demonstrations have been going on in several parts in the US since the death of George Floyd. Voices against apartheid are being raised in this demonstration. Priyanka Chopra’s Jethani Sophie Turner also recently attended this performance. During this, Sophie and her husband Joe are wearing masks. Joe Jonas shared photos of this time on social media.

10- During the shooting of ‘Hum Aapke Hain Kaun’, Anupam was killed in the face of Kher, know what happened then

Anupam Kher always talks openly about his life. Now recently he has made a big reveal. Anupam told that during the shooting of the film ‘Hum Aapke Hain Kaun’, he had a paralysis attack on his face. Anupam said, ‘I was shooting for the film, when I had a paralysis attack on my face. I went to Suraj Barjatya, the director of the film and told him everything. But I also told them not to stop shooting.