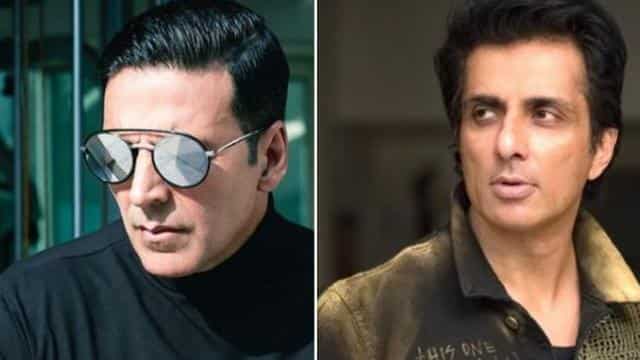 Bollywood actor Tiger Shroff has made his mark in the industry on the basis of superb dance moves and flexible body. His dance video goes viral on social media. Now Tiger Shroff’s look on the internet has rocked. The dance video of his lookalike is becoming increasingly viral. In the video, he is seen dancing to Michael Jackson’s song on the roof of the house amidst strong winds and rain.

Bollywood actor Sonu Sood is making headlines these days. He has been working to take the migrant laborers trapped in Mumbai to his home for the last several days. He is being praised everywhere for this noble work of Sonu. Meanwhile, some people have started cheating money from migrant laborers in the name of Sonu. Sonu himself has alerted people by sharing this information on social media.

Bollywood’s beautiful actress Shraddha Kapoor is spending time with family in lockdown. She often works on the social media to warn people. Now Shraddha Kapoor has once again made people aware on the occasion of World Environment Day. He also explained what steps he has taken personally to protect the environment.

Salman Khan’s superhit film ‘Hum Aapke Hain Kaun’ fame actress Himani Shivpuri has shared a funny anecdote recounting her Bollywood days. He told about the incident during the shoot of ‘Hum Aapke Hain Kaun’ and how Salman Khan suddenly picked him up in his lap. Let me tell you that Himani Shivpuri is currently famous in the audience for his character of Katoari Amma in the show ‘Happu Ki Ooltan Paltan’. In his career he has come a long way with many shows, theater and Bollywood.

15 years ago, Malaika Arora looked like this, actress shared her photo with sister Amrita

Bollywood’s beautiful actress Malaika Arora is spending time with son Arhan in lockdown. Apart from this, she is very active on social media. She keeps sharing her old photos with fans. Now he has shared his 15 year old photo, in which his glamorous style is being liked by the fans.

The quarantine of Boney Kapoor, Jahnavi Kapoor and Khushi Kapoor ended, all three staff members turned out to be Corona Negative

Boney Kapoor’s house help Charan Sahu was followed by two more house help Corona positives. Boney Kapoor, Jahnavi Kapoor and Khushi Kapoor were quarantined for 14 days after finding out on 19 May. According to reports, due to ill health on May 16, Boney Kapoor immediately sent Charan Sahu (23) to the hospital for a test and kept him in isolation since then. After the test report came back positive, Boney Kapoor informed the Society Admin and BMC. The BMC and the state government together planned to send Charan to a quarantine center.

Hina Khan made green chutney to eat with Biryani, shared the video and told the fans a special recipe

Aishwarya Rai Bachchan is one of the most beautiful actresses in the Bollywood industry. It is still thought of for them. But many people probably do not know that Aishwarya Rai Bachchan has a similar appearance. Recently a video went viral on social media. The video shocked fans when Aishwarya’s look was seen in it. This video is creating panic on the internet.

Trailer release of Sushmita Sen’s web series Aarya, the actress resorted to the world of crime to save her family

The trailer of Bollywood actress Sushmita Sen’s web series Arya has been released. Through this series, Sushmita has made a comeback in the entertainment world for a long time. Sushmita was seen acting strongly in the trailer. It is a crime-based series, whose story revolves around Arya (Sushmita Sen).

Forbes has released the list of the highest grossing celebs 2020 in the world. This time, only Akshay Kumar is included in this list. In this year’s list of 100 people, Akshay Kumar is at 52nd position with earnings of Rs 365 crore. However, as of last year, his ranking has fallen slightly. Last year, Akshay Kumar was at number 33 with a gross of 490 crores.