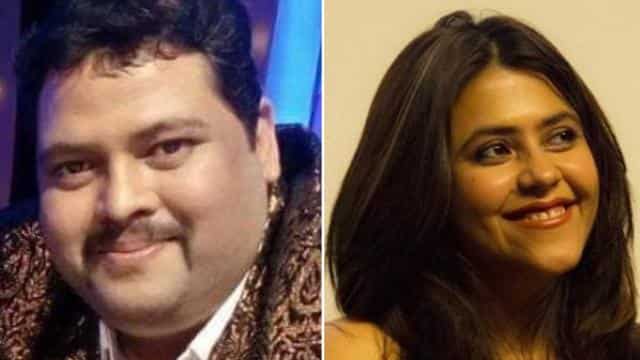 After Bollywood, Bhojpuri cinema has received a major setback. Bhojpuri music director Dhananjay Mishra, who composed the music of ‘Rinkia Ke Papa’, has passed away. It is being told that Dhananjay Mishra was admitted to the Kokilaben Hospital in Mumbai and died after suddenly bleeding from the mouth. Recently, the news of the death of Bollywood music director Wajid Khan gave a big shock to the entertainment industry. Wajid Khan had kidney problems and his corona report also came positive.

Bollywood actor Karthik Aryan is very active on social media. He keeps posting something funny for the fans. Now he has shared his new photo, which is being well liked. Not only this, Karthik’s fans are making funny comments on his photo. Karthik shared this picture on his Instagram account. In it, his beard is visible. Sharing this photo, she wrote in the caption, Beard is calling. After this, users started doing funny comments. One user wrote, calls but does not go. The second fan commented Chintu Bhaiya Namaste. Karthik’s name was in his film Pati Patni Aur Woh. Another user wrote, I am also calling, you are not coming.

Kajal Raghavani and Pawan Singh pair hit in Bhojpuri cinema. Both of them have scored many hits. Recently, Bhojpuri superstar Pawan Singh’s song ‘Meetha Meetha Bathe Kamariya Ho’ was released. The song rocked YouTube as soon as it was released. The song got over 4 million views without Vijuel. And now another song by Pawan Singh and Kajal Raghwani is rocking YouTube. This song is ‘Atkal Pran’ in Cholia. The audience loves listening to it.

Madhuri Dixit is one of the most iconic actresses of Indian cinema, who has left a deep impression in the hearts of the audience with some important characters.
In a recent interview, the actress was asked by a fan which actress she considers to be the rocking star of the industry from this generation. Madhuri named actress Deepika Padukone in response to this question. She said that she likes Deepika because “she is one of the actresses who carries the character within.” Madhuri further added, “Deepika also plays big roles very well”. After listening to Deepika’s praise from Madhuri, her fans did not budge and everyone became her wishes.

Superstar Shah Rukh Khan’s darling daughter Suhana Khan returned to India from New York before the lockdown. She is currently spending time with the family. Meanwhile, many pictures of Suhana have been revealed. Now her new photos are going viral on social media, in which she is seen enjoying the rain of Mumbai with mother Gauri Khan.

Bollywood actor Sonu Sood is making headlines these days. He has been working to bring migrant laborers to his home in Mumbai for the last several days. His work is being discussed everywhere. Now people are asking for help from all corners of the country. He told that 70 thousand people are in the waiting list, who have to reach home. Now not only the buses are also arranging for the laborers to be transported to their homes.

Kareena Kapoor Khan is married to Saif Ali Khan. And she fits into his family perfectly. The mother of Bollywood’s ‘Begum’ son Taimur Ali Khan, Kareena is spending quality time in lockdown with her laughing and playing family. In an old interview, Kareena Kapoor Khan spoke openly on the last moments spent with father-in-law Mansoor Ali Khan Pataudi. Talking about him, he had said that he was a very good and good person. His natur was quite sweet and loved being around him. Kareena further says that every meeting they had was very short. He was very sweet at the same time. I could not spend much time with them I regret this and will remain.

Ranjith caught in love of mango, Dharmendra said- I will snatch and eat from you, watch funny video

Bollywood’s dangerous villain Ranjith loves mangoes a lot. This is revealed by a video shared by him recently. This video of Ranjith is viral on social media. In the video, he is seen praising Mango in his hand. Many Bollywood celebs have given their reaction to this video, but the commentary written by veteran actor Dharmendra is quite funny.

Tia Bajpai said, all my money was over before the lockdown, because of not getting work, I became a victim of depression.

TV and Bollywood actors are facing money due to lack of work in lockdown. Now some big names have also appeared in it. Now Bollywood actress Tia Bajpai’s name has also been included in this list. Tia has done films such as Vikram Bhat’s film Haunted 3D and Evil Returns. These days Tia is also in discussion due to her International Song. In a conversation while talking about his friends and suicide artists in the industry, he said that this time is a very bad time for us artists and I hope that this bad time will be gone soon.

Complaint filed against Ekta Kapoor in Bihar on web series, hearing on June 19

A complaint was lodged in the CJM court on Wednesday by the District Convenor of BJP Law Cell in Muzaffpur, Bihar, Anil Kumar Singh, against filmmakers Shobha Kapoor and Ekta Kapoor on charges of insulting the army. He alleged that both had created a web series. Army soldiers and their uniforms have been dispensed with in this. The case will be heard on June 19.

Anupreet Kaur Sep 29, 2020
new Delhi. Many farmers from different parts of the country including Punjab, Haryana are protesting against the…

When fan was threatened by ‘Shakuni Mama’ of Mahabharata,…