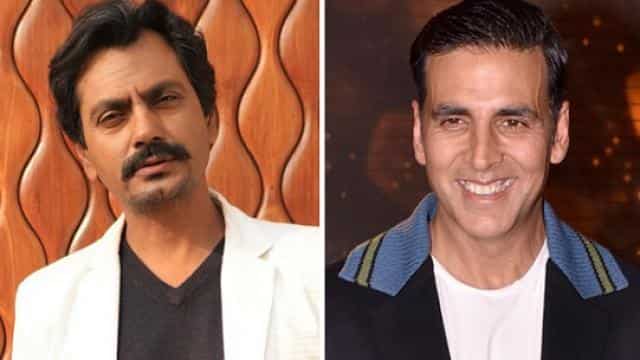 Bhojpuri actress Rani Chatterjee has made a special place in the hearts of millions with her performance. Rani, who started her career at the age of just 14, has appeared in around 340 films. Now he has expressed his desire to work in Bollywood. During an exclusive conversation with ‘Live Hindustan’, Rani revealed which superstar she wanted to make her Bollywood debut with.

Singer Zubin Nautiyal’s new song Meri Aashiqui has been released after giving super hit songs like ‘Tujhe Kisna Chahe Aur Hum’ and ‘Tum Hi Aana’. It is a romantic song, which is being well liked. This song is going viral as soon as it is released. The video song is filmed on Zubin and actress Ihana Dhillon.

Nawazuddin Siddiqui’s brother accused of sexual abuse by his niece

Bollywood’s beautiful actress Urvashi Rautela remains very active on social media. She has been sharing her photos and videos with fans for the past several days. Now they are missing the sea and the beach. He has shared one such bold photo, which is going viral on social media.

A strange phenomenon of demeanor with an elephant in Kerala came to light when some people fed him a pineapple full of firecrackers. The firecrackers burst into her mouth and the pregnant female elephant was killed. Bollywood stars have also been greatly hurt by the common people on the death of a pregnant Hathini. Anushka Sharma, while venting her anger on this matter, demanded a strict law from the government, while Randeep Hooda has demanded strict action from the Kerala government against the actors who feed the pineapple.

Deepika Chikhaliya, who became famous by playing the role of Sita in Ramanand Sagar’s popular serial Ramayana, is very active on social media. She keeps sharing something for the fans. Recently, they shared their wedding photos. Now he has posted a photo of his daughters.

Bhojpuri superstar Dinesh Lal Yadav Nirhua and Amrapali Dubey pair is very famous in Bhojpuri film world. Both of these films are seen at the Bhojpuri box office. In this sequence, a song of these two is becoming tremendously viral on social media. This video has been viewed more than 10 million times so far. The song ‘Kator-bowl’ is sung by Priyanka Singh and Khesari Lal Yadav.

Film actor Sonu Sood is constantly trying for migrant laborers to reach their homes without any difficulty. For this, they are using social media and whoever is requesting help from them, Sonu Sood himself is giving the answer and giving help to him. The way Sonu Sood has been helping people, she is also getting plenty of prayers for the people. Some people have started comparing them to God and worshiping them. Seeing his aarti and pooja, Sonu has reacted.

Cyclone Nisarg will hit the coast of Maharashtra on Wednesday. In view of the devastation, a red alert has been issued in Mumbai and Gujarat. The Meteorological Department said that it could take serious form. The government has appealed to the people to stay indoors. Meanwhile, heavy rains have also started in Maharashtra since late in the evening. At the same time, Bollywood celebs are also releasing videos asking people to be cautious. Recently, Akshay Kumar has shared a video related to Hurricane Nisarg.

Sajid Khan shared emotional video of Bhai Wajid, said- My brother is a legend and the legend never dies