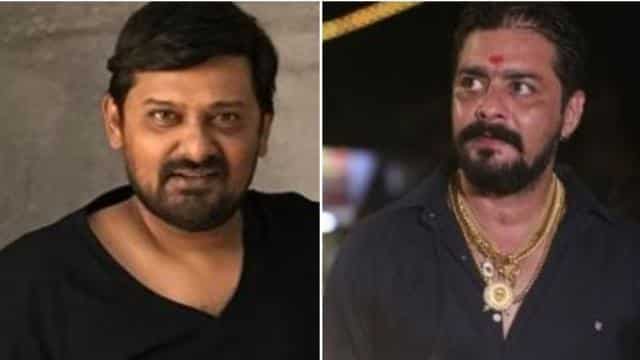 A bad news has come from the Bollywood world. Wajid Khan has passed away from Sajid-Wajid, a pair of famous musician brothers. Wajid Khan was admitted to the hospital in Mumbai late on 31 May. Famous singer Sonu Nigam shared the sad news of the death of Wajid Khan via social media. Wajid Khan was 42 years old. The duo of Sajid-Wajid have composed music in many Bollywood hits. Most of Salman Khan’s films have been composed by Sajid-Wajid.

TV serial ‘Yeh Rishta Kya Kehlata Hai’ actress Mohina Kumari was married to Suyesh Rawat, Uttarakhand’s cabinet minister and younger son of spiritual guru Satpal Maharaj. The news is coming that five members of the family, including Mohina Kumari, have turned out to be Corona positive. Also, Mohina’s mother-in-law has been admitted to the hospital in Rishikesh on 31 May. Giving information, Mohina said that the mother-in-law had a mild fever. At the time when he got corona test, he came negative. Everyone started living comfortably. Ignored it later. I saw that the fever kept increasing. When everyone in the family got the corona tested, it was seen that many people have become corona infected. In which no one had seen any symptoms.

Contestant Hindustani Bhau of Bigg Boss 13 is known for his sharp attitude. Now he has lodged a complaint at the police station with producer Ekta Kapoor and his mother Shobha Kapoor. He has released a video on social media about this. Hindustani Bhau has shared a video on his Instagram account. He has posted this video outside Khar police station. In the video, Hindustani Bhau stated that he has made a complaint against Ekta Kapoor and her mother Shobha Kapoor. During this, he also showed a copy of the complaint. He also explained the reason behind making the complaint.

Actress Urvashi Rautela has shared a video on Instagram, in which she is seen lifting 80 kg dumbbells. In the video you can see them doing glute workouts. The shocking thing is that Urvashi Rautela is 57 kg and she is very cautious about fitness. In this video of gym workout, she is seen lifting 80 kg. While sharing the video, Urvashi wrote that 80 kg (176.37) glut thrust. Positive mindset. You will get the best results after advancing hard times.

Bollywood superstar actor Salman Khan is constantly helping Karona Warriors, the poor, migrant laborers and others associated with the film industry in the lockdown. Recently he donated 1 lakh sanitizers to Corona Warriors. It is now reported that Salman has come to the aid of troubled theater artists and staff. This information has been given by the youth army leader of Maharashtra, Rahul N. Kanal. Please tell that the CM of Maharashtra, Aditya Thackeray and Mumbai Police have praised Salman Khan’s good works.

Bollywood has suffered a major setback with the demise of Wajid Khan. Wajid was very cheerful and had a good relationship with everyone, so no one can believe the news of his departure. Now meanwhile, a video of Wajid has surfaced. In the video, Wajid is seen in the hospital. Wajid, lying on his bed, dedicates the song for brother Sajid.

Wajid Khan has passed away from Sajid-Wajid, the duo of Bollywood’s famous musician brothers. Wajid Khan was 42 years old. The duo of Sajid-Wajid have composed music in many Bollywood hits. Wajid has even lent his voice in many Salman films. Salman is deeply saddened by the death of Wajid. Salman tweeted, ‘Wajid will miss you a lot. Love you and may your soul rest in peace. ‘

EXCLUSIVE: Wajid’s mother has no luck in son’s final farewell, news of son’s death not heard due to this

The death of famous musician Wajid Khan due to Corona surprised everyone. His death sparked a hobby wave in Bollywood. But the most painful moment is for his family at this time because some members of his family were not allowed to meet Wajid and his mother has not even been told that her son Wajid is no longer in the world.