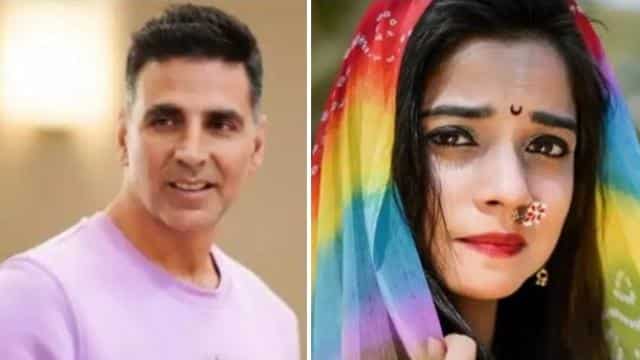 Actor Akshay Kumar is leaving no chance to help the Corona Warriors. Many people in the film and TV industry have lost their jobs due to Corona virus. Akshay Kumar is coming forward to help all the people. Recently he donated Rs 25 crore to PM Cares Fund and Rs 3 crore to BMC. And now Akshay Kumar has donated 4.5 million in the Cine and TV Artist Association. Apart from this, he has distributed PPE kits and masks to many people. This boldness of Akshay Kumar has created a special place in the hearts of fans.

2- The suicide note received by the police from the room of ‘Crime Patrol’ actress Preksha Mehta, wrote- It is difficult to live in this negativity.

TV actress Preksha Mehta committed suicide by hanging herself in Indore’s house. He took this step on Monday night but the body was hanging from the fan on Tuesday morning. He was declared dead by doctors after being taken to the hospital. With this, he shared the last post on social media and wrote that the worst is the death of dreams.

‘Bidai’ fame Sara Khan Akka ‘Sadhana’ has made her special identity among the audience. He has done many big reality shows ranging from participating in Bigg Boss. But do you know that Sarah Khan got her makeover done after saying goodbye to the serials, in which she underwent lip surgery. In a conversation with the Times of India, Sara Khan has spoken openly on everything from transformation to fitness. With this, on lip surgery, he said that I made a mistake, which I took this step. My lips look worse after surgery.

Cricketer Virat Kohli has shared the workout video on social media. In this, he is seen taking a jump at 180 degrees. And the surprising thing in this video is that Virat takes this jump for the first time. While sharing the video, Virat writes that my first shot is 180 degrees landing, top exercises. 4 million people have watched this video of Virat Kohli so far.

5- Shakti Kapoor became emotional after seeing the condition of the migrant laborers, shared the video and wrote – Heart cries

Shakti Kapoor is less active on social media, but nowadays he is unable to stop himself from seeing the situation. Shakti Kapoor recently posted an emotional video in which he was seen talking on the condition of migrant laborers. And became quite emotional too. Since then, Shakti Kapoor has been receiving messages and calls from fans. At the same time, many people are requesting help from him.

6- Mumbai Police had made a memo on Ayushman Khurana’s ‘Gulabo Sitabo’ dialogue, actor gave this answer

Bollywood actor Ayushmann Khurrana has reacted to a Kovid-19 meme inspired by his upcoming film ‘Gulabo Sitabo’. This meme was shared by the Mumbai Police.

7- Compensation is being done with father Mithun Chakraborty, son Namashi Chakraborty, the actor said- I am ready

Namashi Chakraborty will soon make her Bollywood debut with Rajkumar Santoshi’s film ‘Bad Boy’. However, before his debut, people started talking about the similarity of his look with his father and eighties superstar Mithun Chakraborty.

Bollywood superstar Amitabh Bachchan remains very active on social media. He keeps posting some interesting posts for his fans. Now he has told that his film Amar Akbar Anthony has completed 43 years. Along with this, he told that the film was a tremendous box office success.

Mumbai Police had made a memo on Ayushman Khurana’s ‘Gulabo Sitabo’ dialogue, the actor gave this answer