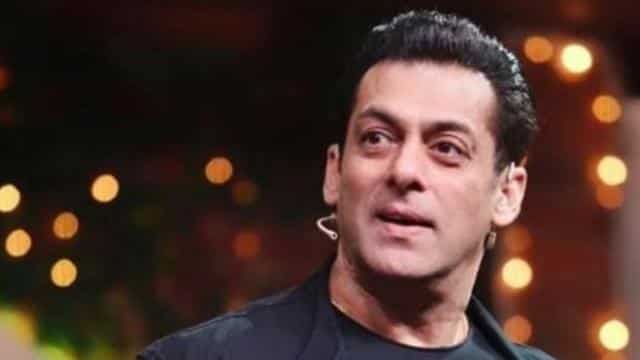 1- Salman Khan plans surprise for fans on Eid, said- I will definitely give you special Id

Bollywood superstar Salman Khan has been seen giving fans a new surprise on Eid for the past several years. This year too, he had announced the release of his film ‘Radhey’. This is a special Idi by Salman Khan for fans. Due to non-completion of shooting due to corona virus, the film will not be released. But don’t worry, Salman Khan has planned something else for his fans. He will not disappoint them.

Actor Vicky Kaushal has shared an old picture of himself riding a horse and remembers the time when he started his day on horseback.

3- Priyanka Chopra gave a treat to the fans, shared photos in monokini on social media

Bollywood’s famous actress Priyanka Chopra Jonas is often very active on social media and through this she keeps sharing many things with her fans. Priyanka recently shared a picture of her and tried to tell the difference between expectation and reality.

4- Shilpa Shetty told in English, Raj is also shocked to hear such a name of vegetable

Shilpa Shetty and Raj Kundra are making a lot of fun videos on social media these days. Recently, a new video of both of them has come out in which Raj comes in the house with a bag and Shilpa says, come home early. After listening to Shilpa, Raj says, “How many times have you spoken to me in English, let’s tell what is in the food?”

Actress Disha Patni is very active on social media. She is imprisoned at home due to the lockdown. In such a situation, she is sharing her videos with fans. She is dancing a lot to keep herself entertained and fit. He has recently posted a video on social media in which he can be seen taking the Savage Challenge.

Rashmi Desai shared her bold photo amid the lockdown, fans said – just do it too

Rashmi Desai is sharing many of her glamorous photos on social media amid the lockdown. Recently Rashmi has shared some of her bold photos which are going viral on social media. Rashmi shared this photo and wrote, ‘Dare to start’. The fans as well as TV celebs are praising him on this photo of Rashmi.

7- Manyata is away from Sanjay Dutt in lockdown, said- I wish we were together this time

Sanjay Dutt is away from his family because of the lockdown. Sanjay’s wife Manyata Dutt is trapped in Dubai with both his children and Sanjay is living alone in Mumbai. On getting away from Sanjay, Manyata said, if we were together in lockdown, things would have been easier.

Bollywood’s Mr. Perfectionist Aamir Khan’s daughter Ira has found her quarantine friend. Please tell that that friend is none other than his brother Azad. Ira shared her photo with Azad on Instagram. In this photo, he has also used a filter. While sharing the photo, Ira wrote, ‘Quarantine friend’.

Mohit Baghel, who won the hearts of Chhota Amar Chaudhary in Salman Khan’s film Ready, left this world on Saturday. Everyone is saddened to hear the news of Mohit’s demise. No one can believe that at the age of 27, Mohit has said goodbye to this world.

10- Corona virus caused to Kiran Kumar, is on quarantine for 10 days

Corona virus cases are increasing across the country and in the meantime actor Kiran Kumar has also got corona virus. Kiran himself has confirmed this news. According to media reports, Kiran had no symptoms of the disease. He was absolutely right. He had neither a cough, nor a fever, nor did he have trouble breathing. But when he tested Korana, he was found positive.