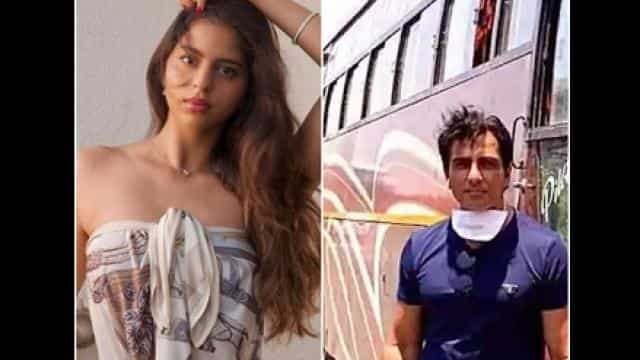 Jitendra is spending time in lockdown with his family and grand-daughter. Jitendra recently told during the interview that when he was busy with work, he could not give much time to his children. Regarding the lockdown, Jitendra said, “For me, there is not much change.” I did not go out of the house much for work anyway. So that’s all for me. ‘

Suhana Khan is worried about increasing age after she turns 20, said – I will be 30 in 10 years

Shahrukh Khan’s daughter Suhana Khan celebrated her 20th birthday on Friday. On the birthday, Suhana shared a slow-mo video on her Instagram. Sharing this video, Suhana wrote, “I am 20 years old.”

Mohit Baghel, who worked with the superstar in Salman Khan’s film Ready, has passed away. Mohit has left this world at the age of 27. According to reports, Mohit had cancer. Directors Raj Shandilya and Parineeti Chopra are also saddened by his demise.

Pakistan International Airlines (PIA) plane crashed on a residential colony and crashed on Friday in Karachi, Pakistan. A plane fell on the houses as a fireball, killing many people.

Shahrukh Khan’s darling Suhana Khan turns 20 on Friday. Even though Suhana could not make a big celebration due to the lockdown, she has definitely given a treat to the fans by sharing her glamorous video on this special day. Actually, Suhana has shared the video on her Instagram story in which she is wearing a bodycon dress. Sharing this slow-mo video, Suhana wrote, “I am 20 years old.”

Work is going on for the third part of the film Fukrey. Director Mrirdeep Singh Lamba said that the position of Kovid 19 can also be shown in Fukrey 3. He said that like Fukrey (2013) and Fukrey Returns (2017), the third part will also have tremendous entertainment and social messages. My team is working on it for this.

Amid the lockdown, a series of direct releases of films on the OTT platform have been underway. Ayushmann Khurrana’s film Gulabo Sitabo is being released on June 12 on Amazon Prime. At the same time, Vidya Balan’s Shakuntala has also been announced to be streamed on OTT. Now news is coming that Kiara Advani’s film Indu Ki Jawani will also be released digitally.

When Urvashi fell on Rautela during the shooting, the burning cigar, the video going viral

Bollywood actress Urvashi Rautela is very active on social media. She keeps sharing something for the fans. Meanwhile, she has now shared a video of her, in which she is seen drinking cigars. Along with this, he narrated an interesting anecdote attached to this video.