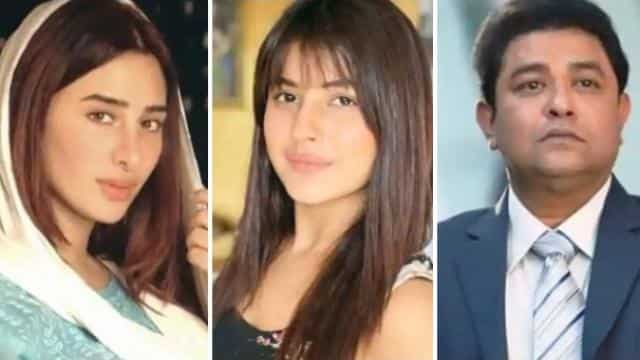 1- Due to the shortage of money, Ashish Roy wants to be discharged from the hospital, said – I cannot live here even if I die tomorrow.

‘Sasural Simar Ka’ actor Ashish Roy is hospitalized. Recently, he informed people through Facebook that he is in ICU and he needs money to get treatment. Now Ashish has appealed to the hospital to be discharged. He says that there is no money left and he will no longer be able to fill the bill.

2- Daughter Roohi left to talk to Karan Johar, said- I am tired now

Filmmaker Karan Johar is trying to keep his twins (Yash and Roohi) entertained due to the lockdown. They keep posting videos related to their dance, fight, fun, on social media. Recently he posted a video of Ruhi in which he seems to be asking him why Ruhi is angry with him and has stopped talking.

3- Mahira Sharma upset by Shahnaz Gill’s fans, will seek help from cybercrime cell to get rid of

TV’s most popular reality show ‘Bigg Boss 13’ ended in February. In this, the enmity between Mahira Sharma and Shehnaz Gill was well seen. According to the report of Times of India, news is coming that Shahnaz Gill’s fans are accusing Mahira Sharma of buying the fan page of Shahnaz Gill. To get rid of this, Mahira Sharma will now seek the help of cybercrime cell.

4- US home of Priyanka Chopra and Nick Jonas is very luxurious, see inside photos

Priyanka Chopra is living in Los Angeles with husband Nick Jonas. Priyanka and Nick are staying there in their bungalow which is quite luxurious. The price of this house built in 20 thousand square feet is 20 million dollars i.e. about 144 crores rupees. The bungalow is located in a place named Encino near Los Angeles, California State, USA. Priyanka’s house has seven bedrooms and 11 bathrooms. It also has a swimming pool on the roof. There are also movie theaters, restaurants, bars, basketball courts inside the house for entertainment.

5 – Karthik Aryan had deleted the video by making a video with his sister, now the reason for that

Karthik Aryan is very active on social media these days. He has been posting several funnies for fans. A few days ago he shared a video with his sister, after which it went viral, accusing him of promoting domestic violence. Karthik deleted the video after watching the contraversi on the video. Now during a recent interview, Karthik has spoken on that video.

A woman has filed a rape case in Jalandhar against Santokh Singh Sukh, father of contestant Shahnaz Gill, who was in the biggest headlines in Bigg Boss 13. Santokh is accused of raping her at gunpoint by a victim. The police have registered a case and started investigation. Now the charge on Santokh is true or false, the police will find out by investigating it.

7- ‘Kalin Bhaiya’, Pankaj Tripathi is picking up his web series ‘Mizarpur’, said- wanted to see it as a viewer

Actor Pankaj Tripathi is enjoying his show ‘Mirzapur’ in the lockdown due to the prevention of coronavirus epidemic. In this, he was seen in the role of gangster Kalin Bhaiya. He says that he found the experience of re-watching his show beautiful.

8- Sanjay Dutt is using lockdown properly, said- There are many great scripts on which I will start shooting soon

Actor Sanjay Dutt believes that this is a better time to rest and develop himself, but even in this ongoing lockdown, he has not taken a complete break from his work. He says that he is currently enjoying reading some very good scripts.

Anushka Sharma recently shared a video of Virat Kohli that went viral on social media so much that even the Nagpur Police commented on it. Actually, in the video Anushka shared, Virat is entering the house as a dinosaur. During this time, he has raised both his hands like a dinosaur. He pauses once while entering the room and looking at the camera also makes a dinosaur sound and then moves on.

At the age of 10-14, Balaram of ‘Mahabharata’ was made Chetan Hansraj, the actor said – Everyday came a lot of letters from fans

Balaram of ‘Mahabharata’ was made at the age of 14, Chetan Hansraj