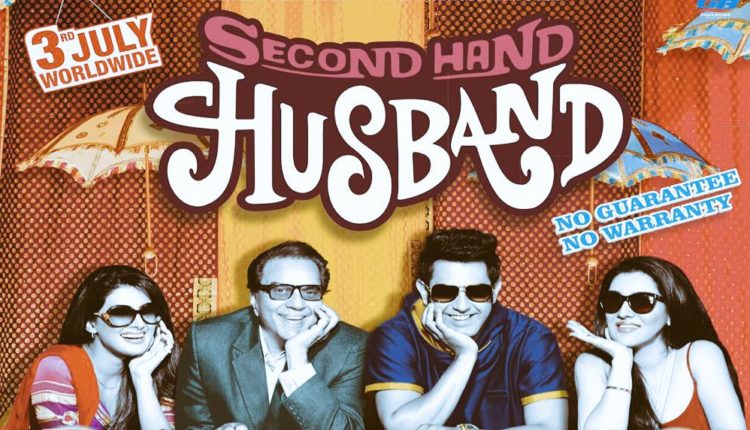 The movie “Second hand Husband” has been regarded as a movie of the second hand quality by most of the viewers. The well-known name in the Punjab film industry, Gippy Grewal has managed to come up with his debut in Bollywood but sadly with a movie that is totally off track. One cannot just expect the movie to make even the slightest impact on the viewer.

The story line is all about a young man trying to get his newly wed wife married off to someone else just so that he gets to marry his girlfriend. This insipid idea with very less a hint of creativity is not just quite common, but also is of no message to the crowd. On the whole it could be a big blow for the enthusiastic viewers this week.

Regarded as a romantic comedy movie directed by Smeep Kang, the movie goes on beating around the bush with the single story line that as well gets confusing here and there. Lack of execution and a very slow screenplay is seen to add to the highly rushed, semi baked story. There is no clarity of the links between scenes and one has to think about getting himself connected often in the movie as it keeps slipping away from the mainstream. The comedy part of the description is justified at times by bringing in a couple of chuckles among the viewers at times. It could be mainly due to the role of Dharmendra and Deepshika Nagpal although it seems to be very familiar in all perspectives. The impact of the movie hence goes even the more diluted at this point. Big time efforts that have been put in to get the audience into their laughing shoes can be noticed easily. Some scenes also reveal desperate efforts to bring in some punches in between but they are highly predictable by all means.

Coming to the performance part of it, Grewal has tried to grow much better from the mediocre script given. But he fails to make an impact on the audience due to the sober nature of the story. Tina Ahuja, veteran actor govinda’s daughter, manages to stick on to a single, unchanged expression through the movie thus delivering a performance that could be very hard for anyone to cherish. A bit more of experience would certainly help the beginners do better in the follow ups. Geeta Basra also exhibits an uninterested performance throughout the movie. Alok Nath, Ravi Kishan and Vijay Raaz are not utilized to the fullest of their ability and this could bring the impression of these highly talented artists a bit low in the industry.

Dharmendra is the savior of the scenario as he brings back the charm of the movie to some extent by setting the required rapport with the rest of the stars. His timed punch lines add a bit more to the movie and makes sure that most of the unimportant things are forgotten.

The sound tracks, the background score as well as the cinematography are quite acceptable while editing has probably not been paid much attention to. On the whole, it could be quite disappointing for even those viewers expecting the movie to be an average one.