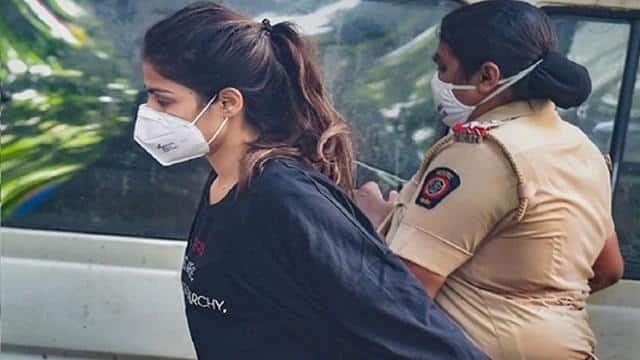 Many Bollywood celebrities have written an ‘open letter’ accusing the media of following Riya Chakraborty over the ongoing investigation into the death of actor Sushant Singh Rajput. Actors Sonam Kapoor, filmmakers Anurag Kashyap and Meera Nair are among those who signed the letter.

Apart from these, Freida Pinto, Zoya Akhtar, Farhan Akhtar, Alankrita Shrivastava, Gauri Shinde, Reema Kagti, Ruchi Narayan, Rasika Duggal, Amrita Subhash, Mini Mathur, Dia Mirza and many others have also signed the letter. These people have told the media in the letter to chase the news and not the women.

The Narcotics Control Bureau has arrested Riya Chakraborty after the narcotics aspect surfaced in Rajput’s death. Sushant Rajput was found dead on 14 June at his residence in Bandra. CBI is investigating his death.

The bureau has arrested 18 people in the narcotics case including Chakraborty, his brother Shouvik Chakraborty, Rajput manager Samuel Miranda, domestic help Deepesh Sawant. Bollywood celebrities wrote in their open letter, “Dear Indian news media, we are worried about you. Are you ok

The paper is published on a blog called ‘Feminist Voices’. It has signatures of 2,500 people from different strata of society. In this, the media has been told, “Because we see that you are behind Riya Chakraborty, we do not understand why you have renounced every professional value of journalism. Have given.”

read this also: No information about collusion between Bollywood and drug smugglers: Sarkar