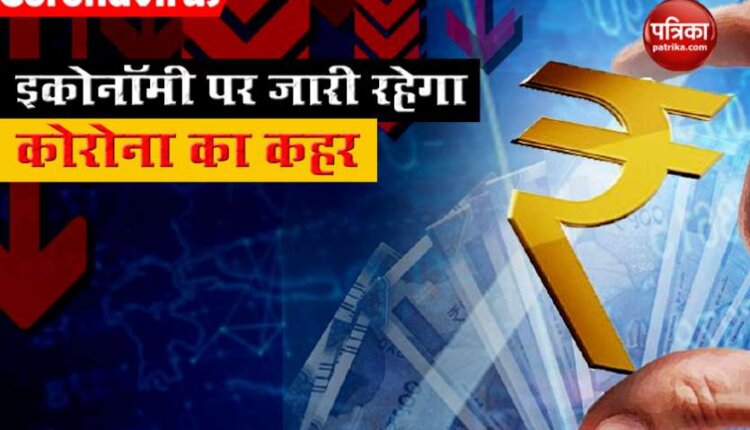 new Delhi. Corona virus epidemic ( Coronavirus Pandemic ) Due to the loss of India’s economy in the current financial year. According to estimates by foreign brokerage company Bofa Securities, the country’s economy may fall by three per cent in the current financial year. According to Bofa Estimates, the economy will fully open from next month i.e. August. Reserve Bank according to BofA ( reserve bank of india ) Will monetize the fiscal deficit through the purchase of government bonds up to $ 95 billion through free market operations. Also, its $ 127 billion revaluation reserve fund can also be used to recapitalize public sector banks.

Fall in all estimates
Due to the Corona virus epidemic, economists are making major cuts in the growth forecast of the Indian economy for the current financial year. According to the Reserve Bank and other institutions monitoring the economy, India’s GDP will decline in the current financial year. At the same time, some estimates also said that India’s GDP may fall by up to seven percent.

The fall may come down to five percent
According to BofA, the Indian economy may see a decline of three per cent. The economy is expected to open fully by mid-August. According to the brokerage company, if this crisis is prolonged, then the Indian economy may decline by five per cent. According to BofA’s Indian Economist Indranil Sen Gupta, his guess is more optimistic. This estimate of the effect of corona virus is different than others. He said that due to strict lockdowns in April and May, the annual GDP would be affected by three percentage points.