BMC sends notice to Kangana Ranaut, will break ‘illegal part’ of office if not received in 24 hours reply 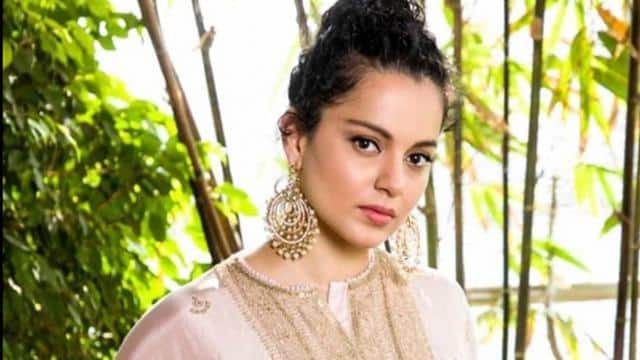 The Bollywood actress Sushant Singh Rajput case has increased the difficulties of the actress after the verbal war between Kangana Ranaut and Shiv Sena leader Sanjay Raut. Actually, recently BMC (Brinmumbai Municipal Corporation) visited the Pali Hill office of the actress to surprise her. He issued a notice against Kangana Ranaut saying that about 8-10 violations have been committed in the construction of the office. BMC wants a reply from them within 24 hours. If the actress does not respond, a bulldozer will be run on those parts of the office. The office staff of the actress has refused to take notice of BMC. In such a situation, BMC has gone past it at the gate.

Kangana Ranaut’s office (Manikarnika Films Private Limited) is built up to two floors with ground floor. When BMC looked at the structure of building the office, it found that it is included in the records of 1970. Many violations have been committed during the construction of the office. Many places have been incorrectly extended.

Assistant Municipal Commissioner, H West Ward (Bandra, Khar) Vinayak Vispute said, “The site has been inspected under BMC Development Planning Department. In the notice, we have written about the violation of office construction in many places and now we are waiting for the response of the actress. Any further action will be taken based on the answer. ‘

At the same time, Kangana Ranaut has not yet made any statement on this matter. According to a senior official, he had received information that the property is being used commercially while it is meant to stay. Local West Ward (Bandra Khar) has prepared a report on the construction violation of the office.

Earlier, on Monday, actress Kangana Ranaut shared a video on Twitter. In this, BMC officials were seen inside the office. He wrote, ‘BMC has forcefully entered inside my office and she is inspecting the construction of my office. At any time she can break it. ‘

I was never discriminated against despite being an outsider: Shweta Basu Prasad

Kangana had tweeted in her defense, ‘I have all the papers and permission of BMC too. I have not done anything illegal in my property. BMC should send a structure plan with notice to show where illegal construction has taken place. But today she killed me at my office without any notice and tomorrow she will destroy everything.

This is the office of Manikarnika films in Mumbai, which I have worked hard for fifteen years, I had only one dream in my life, whenever I become a filmmaker, I have my own office, but it seems that the time has come to break , Suddenly there today @mybmc Some people have come pic.twitter.com/C7zGe8ZyGe

The verbal war between Shiv Sena leader Sanjay Raut and Kangana Ranaut continues. The actress had said that she did not trust the Mumbai Police, especially after the death of Sushant Singh Rajput. Also Kangana compared Mumbai to Pakistan Occupied Kashmir. After this, Sanjay Raut called her a ‘haramkhor girl’ while narrating her kharkhoti.

SBI Gold Loan: The most special scheme of SBI, know how farmers will get cheaper loan?