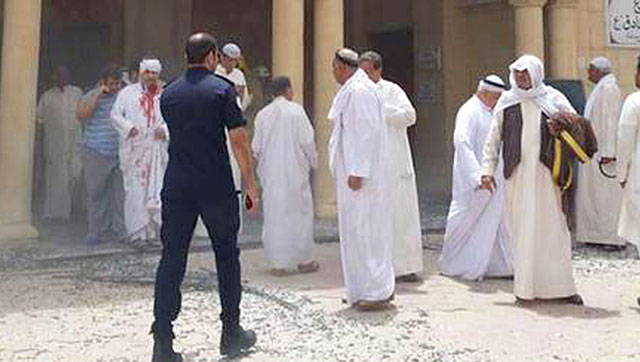 Encounter between the attackers and Force continues in Tunisia

Till now 27 people being killed in the city. According to media reports, the clash between the attackers and Force continues. .Tunisia’s Home Ministry has confirmed the killing of an attacker.

Attack during Friday prayers in Kuwait

The largest Siya mosque in Kuwait City, the capital of Kuwait was attacked with a suicide bombing on Friday. 13 people were killed and dozens injured. Many of these are children. Al-Imam Al, a Siya mosque in the eastern part of the Kuwait City, a blast occurred at the time when the people were gathered for Friday prayers. Abu Suleiman al-Muwahed was the named identified as the suicide bomber. Her age is reported to be around 30 years. Kuwaiti parliament member Khalil al-Salih, said when the Siya Muslim were bent at the knees while praying, then suddenly sharp bang was heard.
The blast was so powerful that the mosque’s roof and walls were ripped. Around 2,000 people were present in the mosque at the time of the attack.

A man was beheaded in France

France on Friday, a man’s head was beheaded in a terrorist attack on a gas company.

Footage of the aftermath & carnage from inside the Shia mosque after the terrorist attack #Kuwait (GRAPHIC) pic.twitter.com/q7XQ1gYNf6

Get Tax Exemption for Using Debit or Credit Card