Birthday Special: These two individuals are examples of hard work, dedication and success for the younger generation 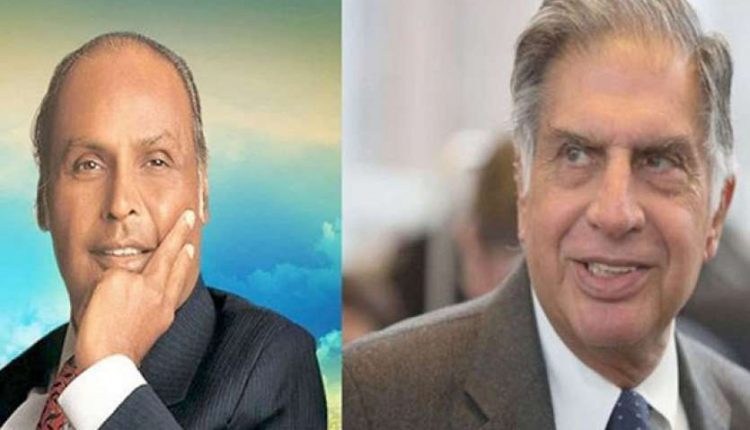 new Delhi. The two largest companies of the country, Tata Group and Reliance Group, do not need any identification. Both groups have contributed immensely in taking the country forward. Both have their own separate history. Today, the two people whom we are talking about, these are the people who brought these two companies to new heights in their time. Layed a foundation that is impossible to shake. One name is Ratan Tata, while the other person is Mukesh and Anil Ambani’s father Dhirubhai Ambani. Both these people remain the source of inspiration for the youth even today. The special thing is that the birthday of these two also comes on the same day. Had Dhirubhai Ambani been among us today, he would have been celebrating the 88th birthday. Ratan Tata is celebrating his 83rd birthday. Let us also tell you about these two… Let us start with Ratan Tata…

Ratan Tata, a new generation inspirational
The Tata group has been serving the country and the common people for years. Being the oldest group in the country has some advantages and some challenges. That too when new and foreign companies have to face in the era of technology. This is where the story of Ratan Tata begins. In 1991, the group took over the reins of Ratan Tata.

The period was the liberalization of Manmohan Singh. In which external companies started coming. New technology and foreign companies wanted to capture Indian markets. At that time, the credit of giving the company new dimensions and new dimensions of success goes to Ratan Tata. He faced all the challenges of that difficult period and successfully carried the group forward.

At the same time, there was no let up on the legacy and golden history of the group. As long as he was the Chairman of the Tata Group, the company’s profile continued to grow. Even today, when he has retired, he is supporting the youth through small startups. He has invested in companies like cab provider company Ola, Paytm, Urban Clap, First Cry and CarDekho.

Simple family, high thoughts
Who says that one born in an ordinary family is always ordinary. This definition was changed by Dhirubhai Ambani, who laid the foundation of the country’s largest company. Ambani was born in the village to a school master’s family. Dhirubhai, the third child of his parents, went to Aden at the age of 17 and started as a clerk in a company.

While staying there, he caught the nuances of business and took it into his mind. Started spices business in 1950 when he returned. After that, his business policies of the whole country became convincing. After that, the foundation of Reliance Group, which deals in many sectors, including petrochemical, communication, power and textile was laid. Today, this group has two parts in the hands of elder son Mukesh Ambani and younger son Anil Ambani. Mukesh Ambani is the richest person in Asia.

Last date for filling ITR is 31 December, if you are filing returns by yourself, keep these things in mind