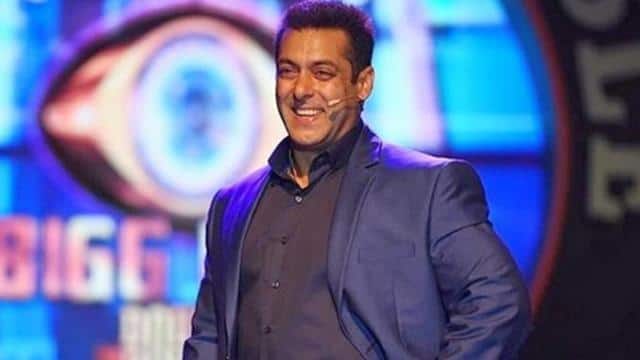 The 14th season of the popular reality show Bigg Boss is going to start on October 3. This time too Salman Khan is hosting the show. Salman has shared his first picture from the set of Bigg Boss before the premiere, in which he is seen in a very strong style. He has shared this photo with the fans on his Instagram.

In the photo, Salman Khan is seen in a black outfit. He is wearing a mask of black color. Posting the photo, Salman wrote in the caption, ‘This weekend Bigg Boss 14 is going to come among you. This photo of Salman is getting viral on social media. Fans are praising his stylish style.

The premiere of Bigg Boss has just one day left. According to reports, this season, Ijaz Khan, Sara Gurpal, Pavithra Punia, Nishant Malkani, Jasmine Bhasin, Rubina Dilayak, Abhinav Shakla, Nikki Tamboli and Rahul Vaidya are going to be seen. It is being said that everyone will stay in different hotels before the show starts.

Abhishek Bachchan was not getting work after the release of ‘Drona’, many were removed from films

Let us know that recently the makers of Bigg Boss 14 released a promo video featuring glimpses of Radhe Maa. Looking at this video, it seems that Radhe Ma is taking entry in Bigg Boss house and devotional music is playing in her voice from the background. At the same time, it is being claimed in the latest media reports that Radhe Maa is one of the highest paid celebrities of Salman Khan’s reality show.

According to a report by Bollywoodlife.com, Radhe Maa is getting the most remuneration to be a part of the show. The report said that Radhe Maa, who describes herself as Godwoman, will be paid a fee of Rs 25 lakh per week to be a contestant on the show. Radhe Maa is one of the most popular contestants of this season, apart from the highest paid celebs to be part of Bigg Boss 14.