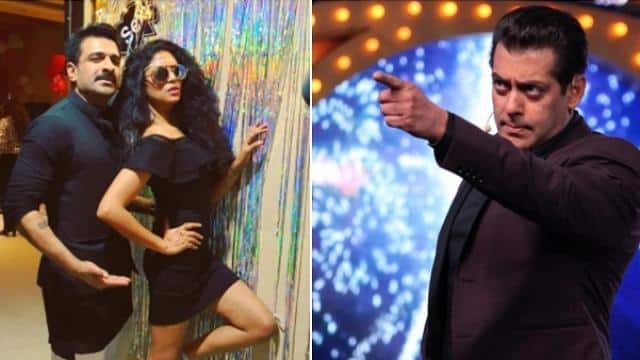 There is going to be a lot of debate between Kavita Kaushik and Ejaz Khan on Sunday’s episode of Bigg Boss Weekend Ka Vaar. The promo of the show has surfaced in which Kavita complains to Ijaz in front of Salman. Kavita says, ‘I told you in lockdown I have no food. I cooked for it. But I am not their friendship. I have such a big mistake, because of which I feel so insulted.

Salman explains the poem but when she does not listen, the actor says, you fight first. Salman gets out of the stage in anger by saying this.

Today Shahnaz Gill is also going to enter the show. Shehnaz says, you did not match with me. Salman says, mistake made, forgive. Shehnaz then gives a kiss to Salman Khan and says, I am you positive one.

Shehnaz then plans a date for Ejaz and Pavitra Punia and asks the two to spend quality time with each other.

Jasmine Bhasin’s friend and actor Ali Goni is also going to enter the show. Ali’s video has been shared on Colors ‘Instagram account, in which the actor says,’ Precious to Tu is the best friend. My happiness resides in your laughter. Thought I would cut it for three months. Missed those moments, but saw tears in your eyes and changed your mind. Yeh tera dost is coming on November 4 ‘.