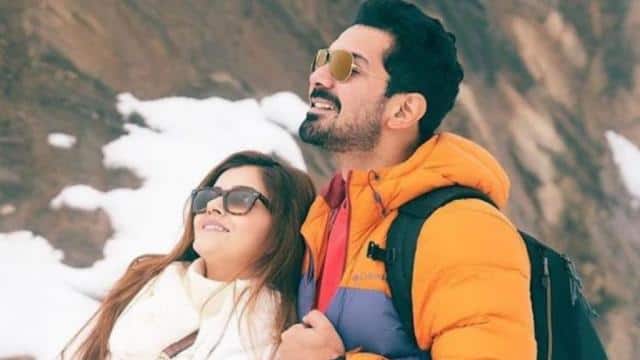 The TV reality show ‘Bigg Boss 14’ is going to start from 3 October. According to the news, this time, many celebs, including Ijaz Khan, Jasmine Bhasin, Nishant Malkhani, Ribhu Mehra, Radhe Maa, Sara Gurpal, Nikki Tamboli, Naina Singh, Holy Punia and Rubina Dilaiik, Abhinav Shukla are being discussed inside the house. is. Rubina and Abhinav will be the only pair to enter the couple as a couple.

According to reports from Pinkvilla, the source says that Rubina Dilaik was approached for the show ‘Jag Janani Maa Vaishno Devi: Kahani Mata Rani Ki’. Her look for this show had also been tested, but due to some things, Rubina accepted the offer of Bigg Boss. In this way, actress Paridhi Sharma got that role. Both Rubina and Abhinav were offered the show as a couple, but they accepted it after a long time.

Read: Genelia Deshmukh ready to make a comeback in Bollywood, said- I have no problem in playing the role of mother

Read: Hina Khan made such a strange look for Bigg Boss 14 premiere, the dress fans with transparent jacket did not understand!

According to the news, both have been offered five lakhs to stay in the house for 40 days. Fans are excited to see this real-life couple on screen. The two are already married for two years. Till some time ago both of them were on vacation in Himachal Pradesh, due to which they shared updates with fans on social media.