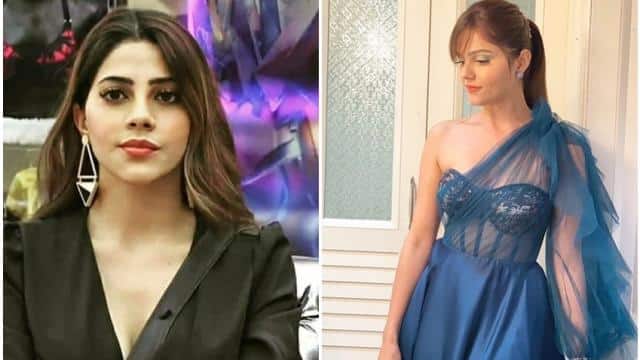 The friendship between ‘Bigg Boss-14’ contestants is being seen less and more. The channel has released the latest promo video of the show. In which Nikki Tamboli and Rubina Dilac are fighting a war of words for the housework.

This happens when Nikki asks Rubina to cut the vegetables well during the breakfast. Rubina’s husband Abhinav taunts her not to work on Nikki. Nikki is enraged at Abhinav’s taunt and asks them to keep meaning from their work. During this, Rubina gets angry at Nikki’s bad behavior and loses her patience.

You will also be surprised to know about this habit of Akshay Kumar, watch viral video

Rubina says Nikki is a confirmed fresher and not a senior. So he has to work. However Nikki refuses to do any work. Nikki walks out of the hall and talks to the camera in the bathroom area, saying that she will not do any work. At the same time, Rubina refuses to accept Nikki as senior and says that she will have to work.

After NCB inquiry, Rakul Preet Singh shared post for the first time, users are enjoying something like this

Fight between Nikki and Jasmine

In the latest episode of the show, Nikki used abuses for Ali’s roomy girlfriend Jasmine Bhasin. After which Ali has reprimanded Nikki in a tweet. Ali wrote in a tweet- “Sorry sister last told you to keep a self-respect in a tweet. Because there is no such thing as you in the name of Respect. It seemed that one day you will open your mouth and the gutter will come out and the same happened Nikki Tamboli.” Jasmine Bhasin I can feel you. You are a rockstar. “

PM Kisan Samman Nidhi: 1.35 crore farmers’ money not sent even after the installment was sent, know when benefits will come