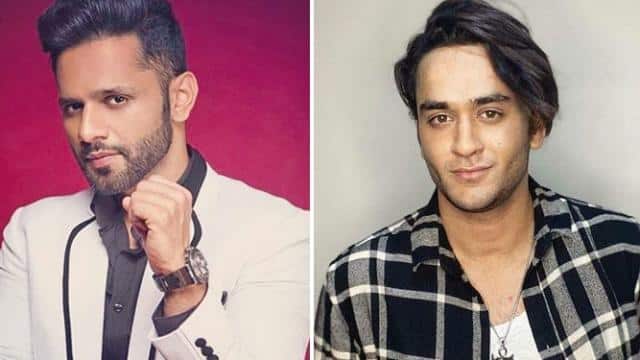 In the weekend episode of Reality Bigg Boss 14, Salman Khan fiercely rebuked Rahul Vaidya. After this, Rahul became very depressed. But Vikas Gupta did something for Rahul that brought happiness to his face. In fact, in the episode of Weekend’s War, Rahul told Salman that if he is not called a fugitive, then Salman gets enraged and gives him a fierce class.

Rahul gets depressed after Salman Khan dances. In such a situation, to make Rahul happy, Vikas Gupta gives him a scarf of Disha Parmar. Which makes Rahul’s face glow with joy. A video of this is also going viral in which Rahul Vaidya is seen wearing Disha Parmar’s dupatta around his neck and admits that I am singing the song Dil Dil Dena.

Salman Khan celebrates his birthday by cutting cake in this style, video surfaced

In the episode of Weekend War, Rahul tells Salman Khan, “I don’t like it if you repeatedly say that he has run away.” On this, Salman Khan says, “You have run away.” Do not try to justify your act. ”

After this Rahul says, “If that is the case then why was I brought back sir?” Salman gets angry and hears this and says, “Have you been brought by pulling your ears or by holding your feet?” Don’t come if you didn’t want to come. ”

There is no change in the price of petrol and diesel since three weeks, know today’s price