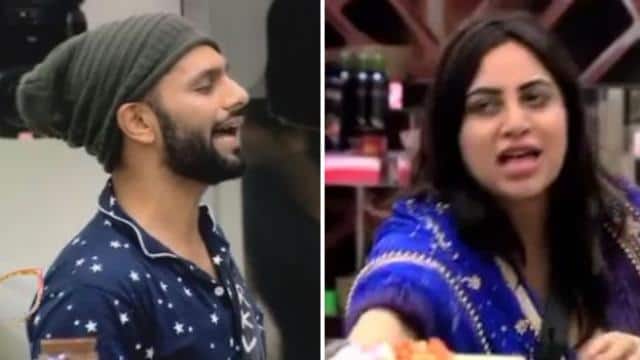 Salman Khan’s reality show ‘Bigg Boss’ is in its 14th season. The season started on 29 October. A few weeks ago, Salman Khan made the entry of 6 new challengers in the show. It included Arshi Khan, Manu Punjabi, Rakhi Sawant, Rahul Mahajan, Kashmirira Shah and Vikas Gupta. Arshi Khan has been a contestant of ‘Bigg Boss 11’. Ever since he has entered the house, the show has become controversial. Arshi Khan’s battle is seen with the rest of the family. Recently there was a fight between Arshi and Rahul.

In the latest promo, there is a fight between Arshi Khan and Rahul Vaidya over something. In such a situation, Rahul Vaidya passes a comment while shaming Arshi Khan’s body, after which Arshi fires up. Arshi says that Rahul Vaidya left the show, he is Nalla. To this, Rahul replies, saying that son, not heavy by weight, bring a little heaviness in the heart and mind.

Arshi says learn to respect the woman. After this, Arshi catches Rahul’s point and says that Rahul Vaidya is body shaming. Your band will play now. Rahul in return says what to do, I will stand on what I say.

On the show, you can see that Arshi Khan is badly targeting Vikas Gupta. Sometimes waking up from sleep and sometimes provoking them to fight on their family, they are seen encouraging them to fight.

Wipro set a record on his 75th birthday, was waiting for this day for 20 years