Bigg Boss 14: Radhe Maa getting such huge fees for Salman Khan’s show, will be surprised to know 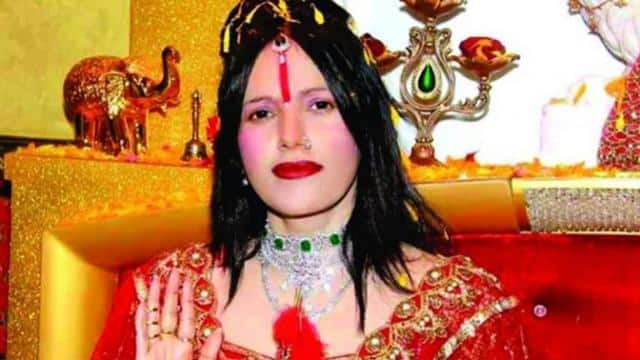 The audience has been excited for Bigg Boss-14 ever since the news of Radhe Maa appearing as a contestant in Salman Khan’s show. Recently the makers released a promo video featuring glimpses of Radhe Maa. Looking at this video, it seems that Radhe Ma is taking entry in Bigg Boss house and devotional music is playing in her voice from the background. At the same time, it is being claimed in the latest media reports that Radhe Maa is one of the highest paid celebrities of Salman Khan’s reality show.

According to a report by Bollywoodlife.com, Radhe Maa is getting the most remuneration to be a part of the show. The report said that Radhe Maa, who describes herself as Godwoman, will be paid a fee of Rs 25 lakh per week to be a contestant on the show. Radhe Maa is one of the most popular contestants of this season, apart from the highest paid celebs to be part of Bigg Boss 14.

Bigg Boss 14: Before becoming a part of the show, Gauhar Khan has video chatting with boyfriend Zaid, know what happened between the two

At the same time, Spotboy has claimed in a report that Radhe Maa has denied the Makers not to carry their divine trident inside Bigg Boss house. However, this is not the first time that TV’s popular and controversial show Bigg Boss was offered to Radhe Maa. Earlier in 2015, it was rumored that he has been approached for Bigg Boss 9. After which he also sent a legal notice to the makers.

Let me tell you that the real name of Radhe Ma, who lives in Gurdaspur, is Sukhwinder Kaur. Radhe Maa is famous for her satsang in Punjab and Mumbai. Radhe Ma is also very active on social media. He has over 1 lakh followers on Instagram.

LIC Kanyadan Policy: With the investment of 3600 rupees every month, you can add 27 lakh rupees for the daughter’s wedding

Big relief for taxpayers: you have got one more chance to fill up bilated, revised returns, date extended