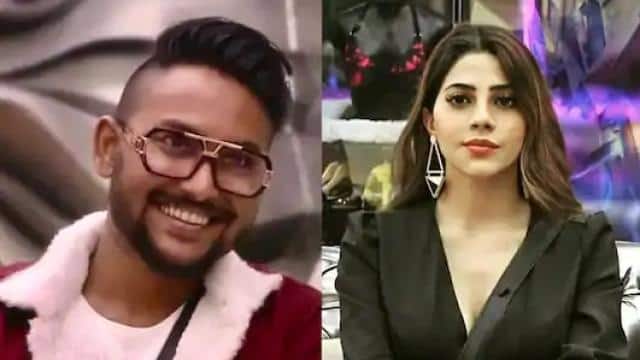 Nikki Tamboli and Jan Kumar Sanu are good friends from the beginning of Bigg Boss 14. Although there is a rift between the two, but recently Nikki has made a big charge on her life. Actually, 2 cages came on the show and Bigg Boss said that you have to choose 2 members who you want to punish them for their behavior and performance.

After this Nikki says that I would like to send Jan to jail and there is a personal reason behind this. I refused life, but still they kissed me on the cheek. Nikki said that since this incident she is very disturbed and hence she wants to send Jan to jail.

Nikki then tells Jan that you go home because I am mentally disturbed.

After this, Ali tells Jan that when she has refused that she does not like all this, then you cannot do it again. After this there is a debate between Jaan and Ali. Jan says that even Nikki does them.

Let me tell you that Salman Khan has also reacted to the friendship of Jan and Nikki. Nikki says that Jan is her friend, but Jan has said many times in the show that he considers Nikki more than a friend. Well now what happens in the house after Nikki’s accusation and whether the friendship of the two will end now or not, it will be known in today’s episode.

At the same time, the poem takes the names of Kaushik, Ejaz Khan and Pavitra Punia. She says both love birds should be put in a cage. This is followed by a debate between Ejaz and Kavita.

Tiger Shroff’s sister Krishna had a breakup with boyfriend, said – now we are not together