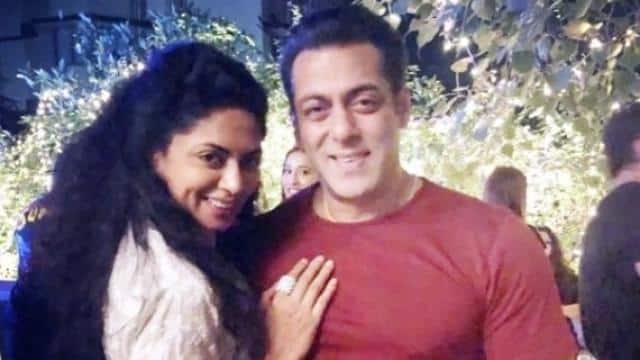 Kavita Kaushik has entered Bigg Boss 14 as a wild card contestant. There were reports that Kavita Kaushik has a good bond with Salman. But Kavita has misquoted these reports. Actually, before going to the show, Kavita said that she has no bonding with Salman but Salman and her family loved the show FIR of the actress.

Kavita said in an interview to Hindustan Times, ‘I would not say that I have a good bond with Salman but Salman and his family ie Arbaaz Khan, Sohail Khan, Salim Uncle and Helen Aunty have seen my show FIR. Salim uncle called me at lunch and said, we like your show very much. I loved that they called me on a special lunch because they loved my show. I just had this little meeting with him. At that time I felt like I am queen. Apart from this we have no friendship. I wish … but it is not so. ‘

When Kavita was asked who the competition would be for her in the show, she said, “I am not thinking about it.” I’ll just play my game. Yes, if you ask who I like, I will say Rubina Dilac. Rubina is playing well and it is not necessary that 2 strong people fight among themselves. Both can also compliment each other. ‘

Is Gauhar Khan marrying Zaid Darbar in November, know what the actress said

Kavita became the captain of the house

Explain that Kavita has become a captain as soon as she enters Bigg Boss house. Actually, something happened that Salman Khan asks all the members inside the house to name any of the three wild card contestants Kavita, Naina Singh and Shardul Pandit who will be staying in the Red Zone along with Pavitra and Ejaz Khan. So four members named Naina Singh and four members named Shardul Pandit, but Rubina Dilac wrote the name of Kavita Kaushik.

After this Salman Khan turned the scene and made Kavita Kaushik the new captain of the house.