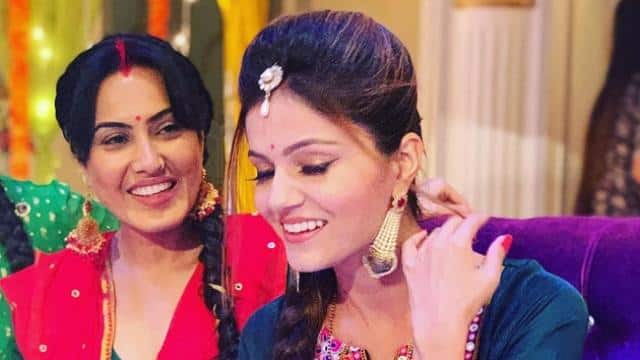 In Bigg Boss 14, Rubina Dilaiq arrived with her husband Abhinav Shukla. However, Rubina has not yet gone inside the Bigg Boss house. She has been living in the garden area since the first day of the show as she was rejected by seniors i.e. Gauhar Khan, Hina Khan and Siddharth Shukla. However, despite being outside the house, Rubina’s game is going well.

Now Kamya Punjabi has come in support of Rubina. Kamya tweeted about Rubina, ‘I am proud of you for the way you handled Rubina. This girl will go ahead on her own. ‘

Please tell that both Rubina and Kamya have worked together in the show Shakti. Kamya was seen in the show as Saumya’s mother-in-law. However Rubina left the show some time ago.

Recently, Bigg Boss gave Abhinav an opportunity to get his wife Rubina to enter the Bigg Boss house as a fresher. But for this Abhinav will have to pay the immunity earned during the ‘Jewel Thief’ task. Everyone felt that Abhinav would lose his immunity, but this did not happen. He decided that he would not lose his immunity.

Abhinav’s decision shocked both the audience and his fans. Let me tell you that during the premiere of the show, both were asked that there were reports that there were some problems between the two of you?

After which both said, ‘Lockdown was the testing time for everyone. Was also for us. If there was too much stress, it happens. But then we worked on our relation and everything became normal.