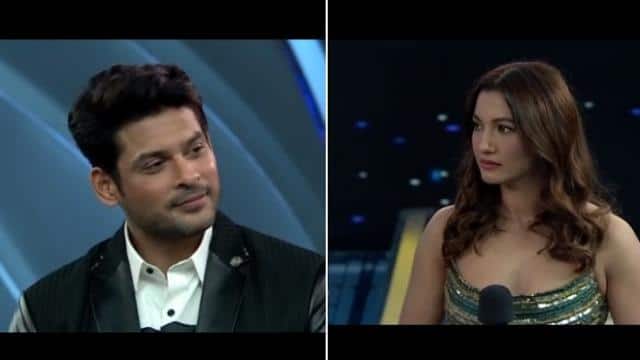 Bigg Boss 14 has its grand premiere today. Prior to this the promo of the show has been revealed. The promo shows Gauhar Khan venting his anger on Siddharth Shukla. Actually, Salman asks Gauhar that you had said many things about Siddharth. After this, Gauhar reads the tweet about Siddharth in front of everyone.

Gauhar, Siddharth and Salman were also accompanied by Hina Khan on stage. Gauhar then reads her tweets about Siddharth, Gali ka Gunda, no food, no tams to talk about. I have a lot of trouble with abuses. Siddhartha speaks on this – Arne listened? Then Gauhar says, Sir, I had heard one thing.

Sharing this video, it was written, Siddharth Shukla will react to the Gauhar Khan comment made on his behavior in Bigg Boss 13.

Let us know that this show will be telecast daily on Colors channel at 10.30. Will be able to watch it at 9 pm on the weekend.

Apart from this, you can also watch the show on the Voot app. For this, you have to subscribe to Voot Select. The next day after telecast, the episode can be seen for free on Voot.

At the same time, you can also watch the uncut and unseen videos of the show. Explain that in this season, the contestants of the show will be given many facilities including things like spa, theater, shopping and eating out. The special thing is that this year BB Mall has also been built in Bigg Boss house.

Akshay Kumar kept his heart on Sushant, drugs and Bollywood, know what

If you also need money then gold loan is the best option, know how much cheaper than personal loan