Bigg Boss 14: A fierce debate between Rakhi Sawant and Arshi Khan, item girl said – Corona is coming out of your mouth 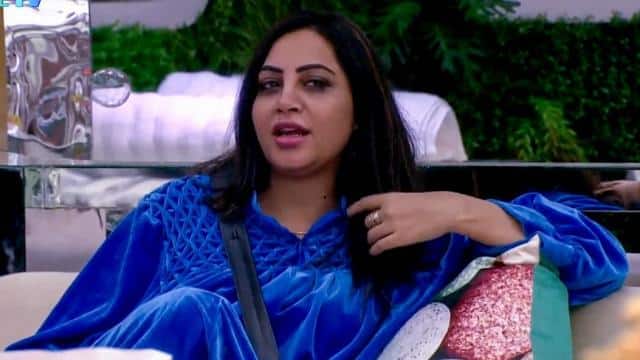 Rakhi Sawant has started making a blast while entering Bigg Boss. In the latest episode of Bigg Boss 14, Arshi Khan was seen fighting. Rakhi Sawant jumped at the debate between Arshi and Vikas and told Vikas not to fight Arshi but to break her nose. Rakhi said, ‘Don’t fight development. You have to break its fake nose. This full is fake. Shilpa always keeps copying Shinde. Arshi is fake from top to bottom. ‘ On this, Arshi responded to Rakhi and said, ‘Your nose is also fake. Yes, I am Shilpa Shinde. He is highly respected. ‘

Not only this, Rakhi Sawant said that corona is coming out of your mouth. Arshi responded by saying, “I am a corona vaccine.” Corona will run away after seeing me. ‘ After this, everyone sat in the dining area. Meanwhile, Nikki Tamboli said that her brother has done hip replacement.

On this Rakhi Sawant expressed surprise that even this happens. Rahul said that you do not think about it. Rakhi Sawant said, ‘I am not thinking about it. But make Arshi work. She walks with a sofa behind her. Don’t you know why she always wears nighty? To hide the sofa. ‘ At this, Arshi Khan was seen telling Kashmiri that she would not respond to such embarrassing words of Rakhi as she did not want to use dirty words on TV.

PAN is not connected to Aadhaar, then get this work done soon, otherwise you will have to pay a fine of one thousand

Kalyan Jewelers became the hallmark of success and credibility, today are among the richest people in Asia