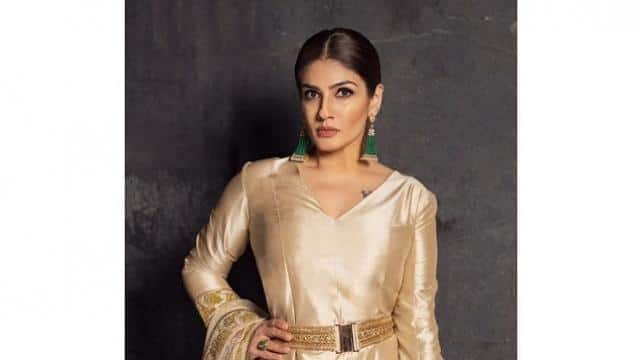 After the death of Sushant Singh Rajput, many celebs have made big revelations about the industry. Now recently, Raveena Tandon has given such a statement about the Bollywood industry that you will also be shocked to hear. Raveena told Pinkvilla in an interview that people in the industry called her an aerogent. Raveena said, ‘I had no godfather, I was not part of any camp and no hero used to promote me. I have not been with any hero nor did I have any affair with any hero. I did not follow the instructions of any hero that I laugh when he wants, when he asks to sit, I should sit ‘.

Raveena further expressed her anger at the women journalists who did not stand with her at that time. Raveena said that many women journalists used to call themselves feminists and used to write ultra feminist columns, but they used to do wrong with other women.

These big revelations were tweeted earlier

Raveena had earlier tweeted and said, it happens that you are removed from films. The heroes take their girlfriends to the movies or end their career by spreading fake news about someone through some of their people. You have to struggle a lot, but some people face it and some don’t. When you raise your voice against them, you are called a liar, called a lunatic. I am grateful to be associated with this industry, but this is the truth of the industry.

The actress further said, ‘This can happen to anyone who is born in the industry,’ Insider ‘as I or Outsider. The more they tried to suppress me, the faster I fight back. Dirty politics happens everywhere ‘.