Big relief for taxpayers: you have got one more chance to fill up bilated, revised returns, date extended 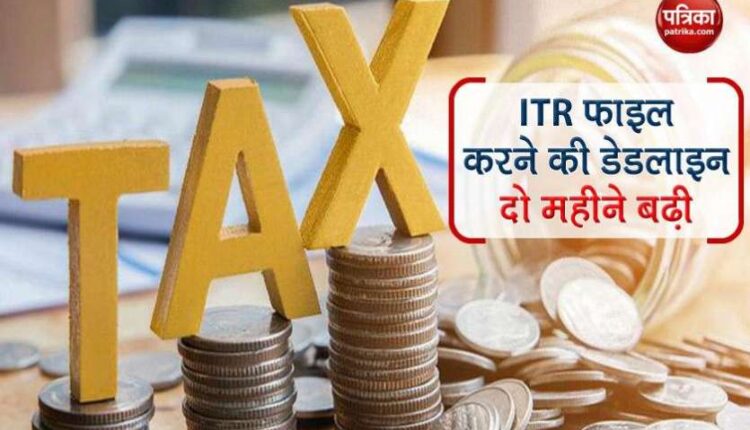 new Delhi. Income Tax Return (Revised ITR) or Belated Return (Belated ITR) is now an opportunity given to tax holders. If any taxpayers who have not filed their tax return file within the given time frame, then they are given another chance. The Income Tax Department has increased its deadline to 30 November 2020. Earlier, this deadline was over on 30 September. But now i.e. for both FY 2019-20 and FY 2018-19, ITR has increased its limit to 30 November 2020.

Delay of ITR increased for the fourth time

Increasing difficulties of crores of taxpayers

Had the date declared on 30 September not been extended, crores of taxpayers would have lost the opportunity to file returns for the financial year 2018-19. And these people could fill their returns only when they were sent a notice by the Income Tax Department. However, on filing a late income tax return, a penalty of Rs 10,000 has to be paid. If the income is less than Rs 5 lakh, then late filing fee of Rs 1000 will be collected for filing late returns.

What is a billeted and revised return

Here we are telling you about the difference between bilated and revised returns. If you forget to fill your ITR in a year, then you can file the return later. This is called billeted ITR.

And the revised ITR files a taxpayer when it makes a mistake while filing the original tax return. This includes mistakes such as forgetting the claim of deduction, non-reporting of income or bank account etc.

Bigg Boss 14: Radhe Maa getting such huge fees for Salman Khan’s show, will be surprised to know