Big gift given to 1.5 crore farmers of the country before Deepawali, Rs 1.35 lakh crore released 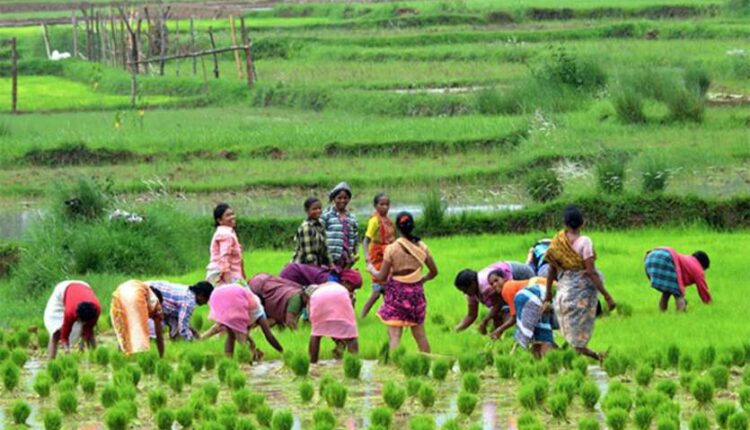 new Delhi. Before the Diwali to the farmers of the country, the Central Government has given a big gift to 1.5 crore farmers. It has been informed by the government that Kisan Credit Cards have been issued to provide loans to 1.5 crore farmers of the country at affordable rates. The spending limit of which is 1.35 lakh crores. These Kisan Credit Cards have been issued under the Self Dependent India Package. Let us tell you that the government also gives a rebate of 3% on the interest paid by the farmers who repay the loan on time. Let us also tell you what more information has been provided by the government.

Kisan Credit Card issued to 1.5 crore farmers
Under the self-sufficient India package, the government had announced a special campaign to issue 2.5 crore Kisan Credit Cards with a spending limit of Rs 2 lakh crore. Due to the continuous efforts of banks and other concerned parties in the right direction, the achievement of issuing KCC to 1.5 crore farmers including fish farmers, cattle rearers has been achieved to provide loans at affordable interest rate. The total spending limit for all the Kisan Credit Cards issued is Rs 1.35 lakh crore.

Also read: Ban on import of air conditioner from China gives big benefit to this Indian company, know how

3 percent discount on interest
The KCC scheme was launched in 1998. The aim was to provide timely loans to farmers for agricultural activities without any hindrance. The Government of India gives interest subsidy of 1% to farmers under Kisan Credit Card and 3% incentive rebate to farmers who repay loans on time. In this way, the annual interest rate on KCC comes to 4 percent. Taking a big step in the interest of the farmers, the government has ensured that in 2019, including the provision of subsidy in the interest rate in KCC, the system of giving its benefits to the cattle industry including livestock and fishermen.

Also read: Sunny Deol had to take the name of Sahara to contest the Lok Sabha elections, know what is the whole story

Debt limit extended
Also, the limit of KCC loan to be given without any guarantee has been increased from 1 lakh to 1.60 lakh. This campaign to provide loans at a cheaper rate of interest will not only increase the income of farmers, but will also strengthen the rural economy and increase production in agriculture and allied sectors. This campaign will also have a special role in ensuring food security for our country.