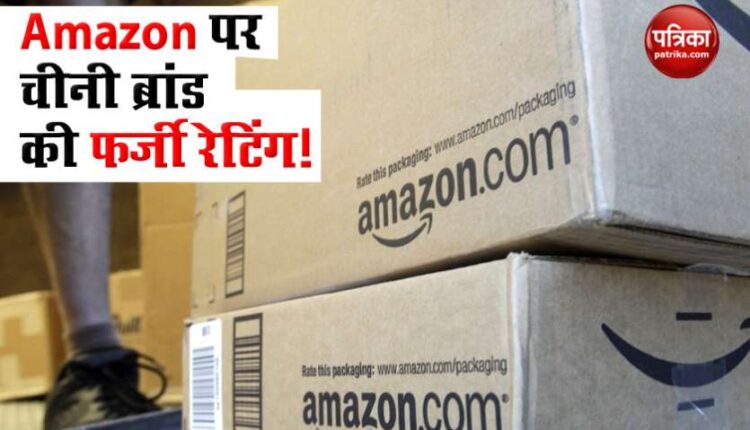 new Delhi. While Chinese goods are being boycotted in India. On the other hand, reviewers reviewing products on e-commerce sites in other countries are engaged in giving fake ratings to Chinese goods. One such case has been seen on amazon.co.uk. After the report was published in foreign media, Amazon has taken major action. But experts are considering this as a serious matter. Such rigging on the world’s largest e-commerce site cannot be ignored at all. That too when the sourness between America and China is constantly increasing.

Big action of amazon
When Amazon was suspected of receiving money or products in exchange for five star ratings by some of the UK’s top critics, the e-commerce company removed about 20,000 product reviews from its site. This step was taken by Amazon management after the news came in foreign media report. According to the report, investigations found suspicious activities of 9 out of the top ten reviewers on amazon.co.uk. All the reviews of the seven users revealed in the investigation have been removed by Amazon.

Also read: UP ranks second in Ease of Doing Business Ranking, know which ranking is in your state

Chinese brands product five star fake rating
According to foreign media reports, these reviewers used to earn profits from the products by giving them five-star ratings. Most of these were products of small Chinese brands. The investigation revealed that Justin Fryer, the top reviewer on AmazonDocDot UK, used to give five star reviews to some product on an average every five hours. These include everyone from machines used in the gym to smartphones. After this, they have also sold these products on another site. This has earned him a profit of about Rs 1946810.75 since June.

Reviewers refuse to do so
According to foreign media reports, when contacted by Fryer, he flatly denied making a profit in exchange for a review, but the FT stated that after that his Amazon profile had disappeared from the review. Two other UK critics have done so.