Big announcement of central government, amount will go online in the accounts of millions of farmers of the country 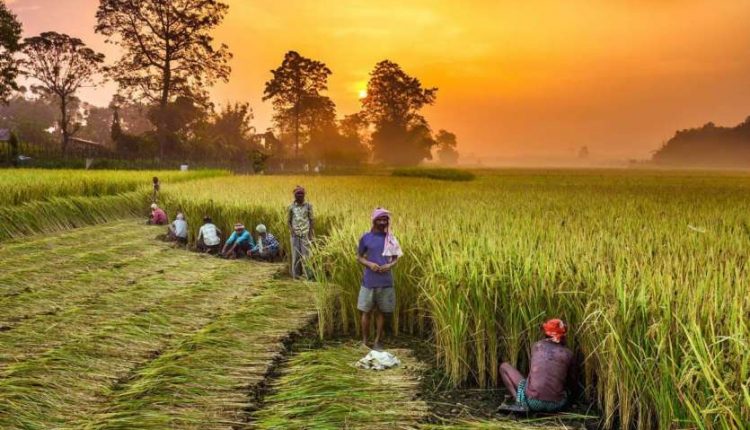 New Delhi. With a view to bring transparency in government procurement of crops and to free the farmers from the clutches of middlemen, the central government is going to implement the payment of MSP in the entire country only through electronic mode. The central government has also directed Punjab and Haryana to ensure online payment to farmers from next season. Majority of the farmers who have camped on the borders of Delhi, the capital of the country, are from Punjab and Haryana for almost three months and sources say that the farmer movement in both the states has the support of the mandis of mandis. Apparently, in the states of Punjab and Haryana, government procurement of wheat and paddy is dominated by the middlemen of the mandis.

Government agencies procure crops at minimum support price (MSP) from farmers only through stockings in both the states. Although they get a separate commission for this, they still want that the payment made to the farmers is through them. But the government is now going to ensure that farmers are paid directly into their account for purchases made on MSP. Therefore, the Union Ministry of Consumer Affairs, Food and Public Distribution has directed Punjab and Haryana to ensure online payment of MSP from next season.

A reporter from Uttar Pradesh told that if the payment of MSP in Punjab and Haryana starts going online to all the farmers, then there will be a halt in procurement. What kind of rigging happens. On this question, he said that grains of other states are sold in Haryana and Punjab. However, when the farmers are registered, only the grain of the farmers of that state will be sold. This will also reduce the influence of the agents.

Union Minister of Consumer Affairs, Food and Public Distribution, Railways and Commerce and Industry Minister Piyush Goyal during a press conference on Thursday, while answering questions from IANS said that from the purchase of crops to the distribution of cheap food grains to the beneficiaries of PDS Efforts are being made to bring transparency by digitization at every level. In this press conference organized through video conferencing, Union Minister Goyal also clarified that there is currently no proposal to increase the price of grains being given at affordable rates to the beneficiaries of PDS under the National Food Security Act.

Also read: Demand to ban Amazon in India, the biggest charge has been made

According to the information received from the Ministry, biometric identification of farmers has been introduced in the government procurement of crops in Uttar Pradesh, Odisha, Chhattisgarh and Madhya Pradesh which will ensure transparency. The Ministry stated that the monetization of assets of Food Corporation of India (FCI) and Central Warehousing Corporation (CWC) would lead to considerable investment in modernization of warehousing and storage infrastructure.

SBI gift to customers, get up to 20 lakh loan on a missed call, interest is very low!