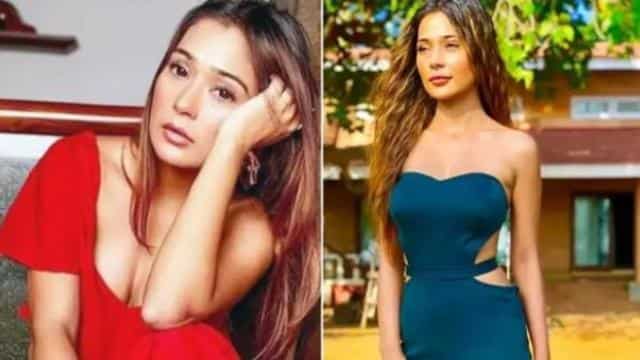 ‘Bidai’ fame Sara Khan Akka ‘Sadhana’ has made her special identity among the audience. He has done many big reality shows ranging from participating in Bigg Boss. But do you know that Sarah Khan got her makeover done after saying goodbye to the serials, in which she underwent lip surgery. In a conversation with the Times of India, Sara Khan has spoken openly on everything from transformation to fitness. With this, on lip surgery, he said that I made a mistake, which I took this step. My lips look worse after surgery.

Let me tell you that last year Sara Khan was heavily trolled on social media due to lip surgery. A year later, Sara Khan has spoken out openly about lip surgery. Sara says that I did not want to live my whole life as ‘Sadhana’ of ‘Bidai’. I wanted to fit in and be Sara Khan. I think that if people liked me as ‘Sadhana’ in ‘Bidai’, then they would also like me as Sara Khan. I am a human in real life and they will love me just like that. Therefore, I did not think much about getting the transformation done.

Sara goes on to say that I started doing workouts and focused on fitness. I did not change my face, I am still the same. Yes, I did have lip surgery which went bad and it did not suit me. He looked so bad that he did not look good on me. I did not like my own lips. I was wishing that they would be cured quickly. I did not like that look. But now lips have gotten better with time.

While being trolled on lip surgery, Sarah said that trolling doesn’t matter to me. I just want to focus on the love of fans. When you are a public figure you get both love and hate. Both have to be faced. There are good people and bad ones too. We all know this but we have to take things positively. Everyone has the right to express their opinion. And you can’t stop them from doing so. Some people are such that yes, they come down on too much profanity. At first, these comments used to impress me, but later I thought that these are people I will never face. These people have no identity of their own. These are the people who troll you by making fake IDs. They do not have the power to show their truth on social media. I think it is useless to pay attention to the comments of such people. At the same time, there are some people who love you, write good things about you, send you gifts. I think these people are too much for me. I have started focusing on their love.

Talking about fitness, Sara says that her reaction is clearly visible on your body when you work hard. We all have the right to look good, only to focus if needed. If once it comes in your mind then no one can stop you from staying fit.