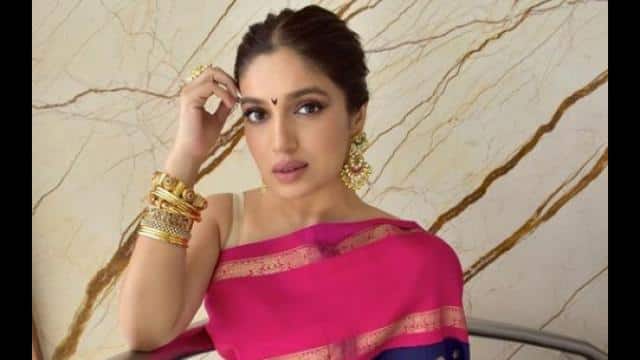 Bollywood actress Bhumi Pednekar has shared a new poster of her upcoming film ‘Durgamati the Myth’. Earlier the film was titled ‘Durgavati’. However, now the makers have changed the name of the film to ‘Durgamati’. The film will be released on December 11, 2020 on the OTT platform. In the new poster of the film, Bhumi is looking angrily in a red sari, while her dot is skewed.

The film’s poster suggests that the film’s story is based on the old mansion. While sharing the poster of the film, Bhumi wrote- ‘Aagi hai durgamati’. Earlier, Bhumi had shared a poster in October, in which she was seen sitting at the door. Bhumi wrote the caption with the poster- What is behind the door. You will know soon. The film will be released on Amazon Prime worldwide on December 11, 2020.

Sonakshi Sinha doing something like this at the sea in Maldives, the pictures went viral on sight

The film is a remake of the hit Telugu film ‘Bhagamathi’. Anushka Shetty played an important role in it. The film’s story revolves around a female IAS officer who has to face the ghost of a dead queen. The producers of Durgamati are Bhushan Kumar and Akshay Kumar. Apart from Bhoomi, the film will also feature Arshad Warsi.

Anita Hasanandani wished Karan Patel a birthday, onscreen daughter pulled both of them together

While welcoming Arshad to the film in February, Bhumi wrote, “Welcome Arshad Warsi sir, I have been a fan of yours for years and am excited to finally get a chance to work with you. Thank you for being a part of the film. “